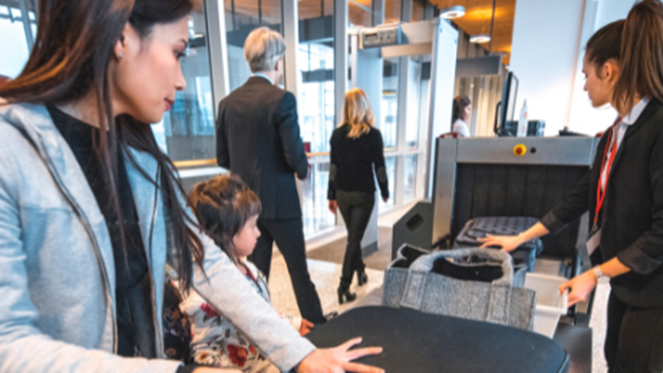 A leading voice from aviation health and safety has called on the industry to look after its workers in the battle to fly back to pre-pandemic heights.

The dramatic recovery of demand for air travel, after a saga of Covid crises left the industry largely for dead, has put under resourced, overworked airline and airport staff under unprecedented pressure. As this continues to have a significant impact on workers’ mental health and wellbeing, there are a range of serious issues in the sector that need to be addressed.

That’s the view of Simon Toseland, Head of Health, Safety and Fire at Birmingham Airport and Chair of the Aviation and Aerospace Group at the Institution of Occupational Safety and Health (IOSH), the world’s leading chartered body for health and safety professionals.

“International travel came to a near standstill in 2020, which was described by the International Air Transport Association as ‘the worst year in history for air travel demand,’” said Simon.

“International passenger demand dropped more than 75 percent on the previous year, while domestic demand fell nearly 50 percent below 2019 levels and yet now the picture is one of long queues of passengers waiting to get through airport security.

“Covid restrictions saw the loss of many skilled jobs across the sector and as an industry we’ve had to recruit people and train them up to meet passenger demand. This has taken time, leaving more experienced staff to work longer hours in challenging conditions to compensate, always with a potential impact on their mental health and wellbeing.

“The pressure on operational staff, coupled with workload and often now a lack of familiarity with the airline and airport environment raises the potential for safety incidents,” he added.

A GMB survey, last month, highlighted the fact three quarters of aviation workers have been physically or verbally abused at work, with some describing how they were spat at and suffered homophobic abuse from frustrated travelers. While it’s understood unfortunate things sometimes get said in the heat of the moment that are later regretted, the poll of hundreds of check-in staff, baggage handlers, security workers, cabin crew and other workers also revealed that two thirds of these workers say the abuse has had a detrimental effect on their mental health.

Call for a six-point plan

Simon Toseland called for the introduction of a six-point plan, featuring:

“It’s essential aviation companies revisit their health, safety and wellbeing strategy to address these new and emerging issues,” he said.

“One of the biggest assets of the aviation industry is the continued ability of its people to work together to react, respond and recover, something now supported by game-changing advances in digital technology.

“We are seeing this new technology with services emerging in our sector that are helping to assess and manage people’s mental, physical and emotional health – let’s use it and let’s use it together across the sector.”