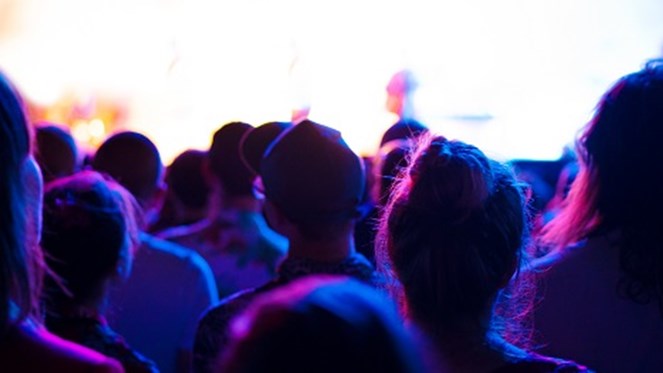 It’s been a few weeks since a crush at a Halloween party in the Itaewon area of South Korean capital Seoul led to mass fatalities. Rupert Crayston and Ravi Sharma, from the IOSH Sports Grounds and Events Group, look at some of the key factors in ensuring safety at events with large crowds

The scenes in Itaewon were a tragic reminder of what can go wrong when large crowds gather.

We find ourselves asking if this is a case of history repeating itself, with many previous examples:

These are just a few examples. There are of course many more.

Many fatalities, however, were associated with inadequate crowd control. There can be devastating consequences of poorly-managed spaces so we wanted to highlight the pertinent points surrounding crowd management in a venue, space or event.

Understanding the layout and design

Prior to the construction and use of a space where it’s anticipated that crowds will gather, designing out funnels, bottlenecks, pinch points, and areas of restricted flow is important. These issues can directly impact crowd flow rates in a venue. If bottlenecks are unavoidable (for example, with the use of a bridge or tunnel), then additional control measures should be established. These additional measures can include traffic routes, signage, sufficient stewards, options to avoid peak times etc.

A view must be taken on where crowds are likely to gather, and how they’re likely to react. There also needs to be an understanding of how a given space will be used. For example, crowd dynamics will differ from a sporting fixture to a festival or nightclub due to the timing of dispersal from an area and how crowds utilise a space.

Pedestrian routes must be kept clear from obstacles, concessions, promotions or any blockages that could hinder safe walkways. Access and egress routes from both indoor and outdoor venues must be carefully controlled to ensure they can accommodate the volume of traffic that is intended. Particular attention must be given to locations where crowds can converge.

When determining capacities for a given space, consideration must be given to adopting methodology in line with a recognised standard. BSEN 13200, BS9999, or fire risk assessment guidance may well be used, among others. However, the floor space must be considered along with the emergency exits for both outdoor and indoor venues where crowds gather. The general topography of a venue may also influence the safe capacity of a given space.

Once a view on safe capacities is achieved, understanding the size of the crowd through ticket sales, popularity of performer and previous year attendance numbers will give an indication on how the space is likely to be occupied.

In addition to the venue itself, a good understanding of what’s happening around and away from the venue is important. Close liaison with transportation services will help you to predict and react to crowd movements.

As referenced In the Sports Grounds Safety Authority’s 2018 Guide to Safety at Sports Grounds, “no venue, or section of a venue, including those areas where people queue to gain entry, or congregate for amenities, or disperse, can be considered safe if there are more people present than that area can accommodate safely”.

Understanding who is in the crowd

The crowd dynamic will change based on the location, venue, music, type of event, demographic and reason for gathering.

Considering this in a risk assessment will adjust the type of controls that are likely to be applied to a given space. Where crowds gather to see a performer(s), the nature of the music can have a significant impact on the crowd. Provocative music can cause surges and mass movement, for example.

In certain settings, there may be opportunities to separate and divide crowds, much like supporters at football matches, or providing accessible spaces in venues to manage those more vulnerable occupants in crowd situations.

Another useful thing to do is review social media trends as these can give a good indication of crowd behaviours prior to a gathering.

Providing crowds with visibility and access to the focal point will ease crowd tensions. Big screens and good vantage points will naturally encourage crowds to use less crowded spaces.

Basic crowd psychology indicates that people in crowds will not realise the risks until they are in the ‘situation’.

The particular ‘pinch points’ from increased density of more people coming into the area will clearly be a factor. The media reports suggested that in the case of Itaewon, people were converging on a given area. Unconfirmed reports would suggest crowd flow rates, the topography and crowd density could have all exacerbated the situation.

Knowing how to manage and react

Those responsible for space or venues where crowds gather must have structures in place that allow them to react to early indications of issues, provide routine management or resources, and enact any emergency procedures.

Close relationships with external bodies or organisations like local authorities, fire, police and ambulance will ensure relevant interested parties have an opportunity to liaise and communicate what controls are required with the responsible person.

It will also inform them of any emergency response plans and personnel and equipment to respond effectively.

Communication is key with, and not limited to, the focal point (performers), safety officers, stewarding, security, and medical and emergency services. There should be one source of truth for messaging. This may be through advanced systems or even generic messaging apps. In emergency situations, the best communicator may be the performer, who is likely to be trusted by the crowd

There must also be effective communication with the crowd via either PA or messaging. Social media management is a powerful tool in avoiding crowding, as early communication via channels accessible to a large proportion of the crowd can ease crowding, tensions and further reduce the risk.

Finally, we must also consider if event organisers understand basic crowd science. For example, are we au fait with modern theories or do event organisers still believe in the outdated ‘Le Bon theory’ of crowds being ‘mad, bad and unpredictable’?