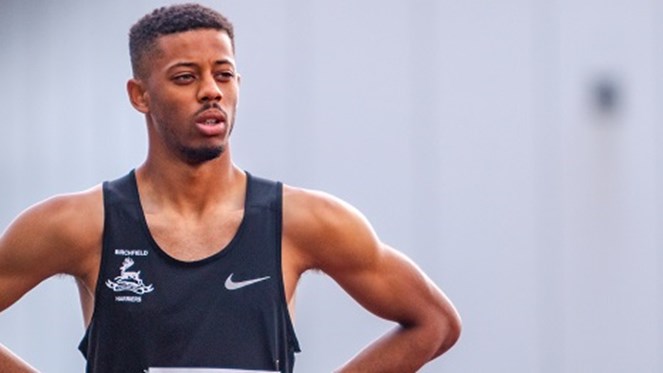 With thousands of athletes representing 72 nations and territories in 19 different sports, and an estimated global viewing audience of 1.5 billion, the XXII Commonwealth Games is the UK’s biggest sports competition for a decade.

Staging such a large-scale event is no small task and among those who have spent the past 12 months ensuring everything is in place is Tor Bennett Williams.

Tor is a member of the occupational safety and health (OSH) team which has been preparing for the Games, taking place from 28 July to 08 August.

For talented runner Tor, this is a dream job combining his passions for athletics and OSH. And he’s achieved his own ‘gold medal’ in the build-up – IOSH Chartered status.

Getting set for the Games 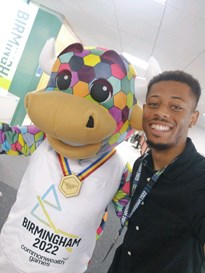 During the countdown to the Games, 24-year-old Tor has been looking after non-competition sites. This includes hotels for competitors and guests, warehouses and transport depots as well as the athletes’ training venues.

He also has responsibility for training and corporate inductions – making him the ‘face’ of OSH – along with duties ranging from risk assessments to supporting workers’ wellbeing. 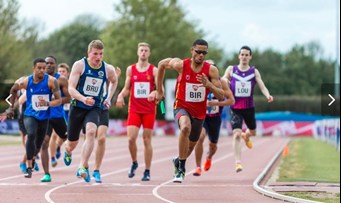 “It’s about looking after the people behind the scenes, and I’ve absolutely loved it. Athletics is something that’s very personal and close to my heart,” said Tor, who has represented the University of Birmingham, Wolverhampton and Bilston Athletics Club, and Birchfield Harriers at the 400 metres.

When the Games begin, his attention will switch to monitoring, site inspections and providing guidance if required.

“The hard work will be done by then,” said Tor, who has another reason to be excited – his partner, Laura Zialor, is competing in the high jump for England.

While Tor’s been into sports since school, he developed an interest in OSH after graduating in Environmental Science in summer 2019. With two graduate offers to choose from, he picked an environmental health and safety internship with a healthcare company.

“I really enjoyed the health and safety aspect and fell in love with OSH,” said Tor, who took a level 6 diploma and IOSH’s Managing Safely® course to build his skills and qualifications.

He landed a role in health, safety and environmental compliance with a paper manufacturing company and joined IOSH as an Associate Member. Tor was attracted by the “interactive content and global credentials” of the Institution, which is also an accredited organisation of the Commonwealth.

Keen to progress, he moved to Technical and then Graduate level in August 2021.

“I’m always pushing to do other things and thinking how far I can get,” said Wolverhampton-born Tor, whose next ambition was Chartered Membership.

Joining the Commonwealth Games team gave him both belief and inspiration. Tor said: “My manager, Joe Ryan, and colleague, Ben Crabb, were both eyeing up Chartered status and encouraged me to go for it, too. They said we’ll do it as a team.”

The trio took advantage of the IOSH Mentoring programme, with the IOSH President (now Immediate Past President) Jimmy Quinn guiding them through the process.

“Jimmy said the time period we wanted to do it in wasn’t going to be easy but, if we put in the work, we could do it,” said Tor.

“We sat down most weeks as a team and worked through the criteria. I used the IOSH YouTube channel a lot. Everything I needed to help me was online.”

It took Tor just six months to achieve Chartered status at the age of 23 – and he literally screamed when he saw IOSH’s ‘congratulations’ email pop up.

“I was over the moon,” he said. Joe and Ben also became CMIOSH, making it a triple celebration. 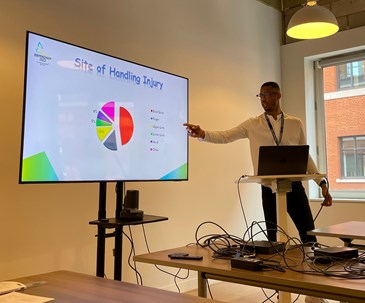 Tor is already reaping the rewards of being Chartered. With his current role coming to an end, he had the credentials to apply for a senior role in another elite sporting arena.

“I went through several stages and got to the final interview,” he said. “The head of health and safety congratulated me on being Chartered and said he was intrigued to meet me after seeing my post on LinkedIn.

“I got a call to say I blew them away and, although I didn’t get the role, they offered me another role in the safety team at Mercedes AMG Petronas Formula One Team.

“It’s amazing. But if I didn’t have Chartered on my CV, I wouldn’t even have been able to get through the door.”

Keen to help his fellow members, Tor applied and was elected as a Committee Member for his local IOSH Branch, the Midland Branch. This involves supporting the running of the network and providing help and advice.

“First and foremost, I wanted to volunteer because I really do enjoy OSH,” he added. “It’s also about expanding my knowledge and meeting new, like-minded people.”

Read more about why and how to become a Chartered Member.