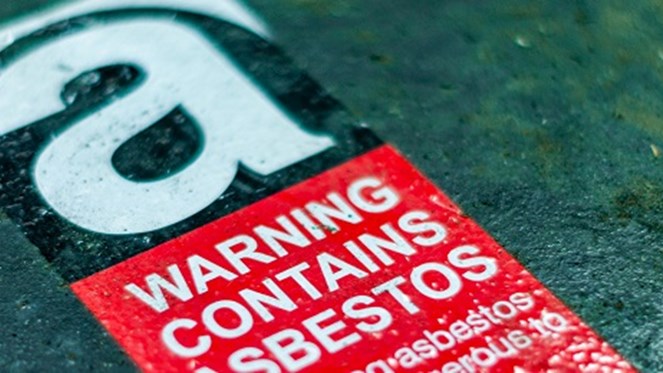 The Institution of Occupational Safety and Health (IOSH) has called on the British Government to work with policy makers, regulators, employers and worker representatives to increase awareness about asbestos.

After the Government rejected a recommendation by the Work and Pensions Committee to set a 40-year deadline to remove asbestos from all public and commercial buildings, IOSH says more needs to be done to ensure people aren’t exposed to the deadly material.

Despite its use in Britain being banned since the turn of the century, it is believed hundreds of thousands of non-domestic buildings constructed before this time still contain asbestos.

IOSH has been calling more to be done to protect people since it launched the asbestos phase of its No Time to Lose campaign in 2018. At that time, it revealed findings of a survey of tradespeople which showed a worrying lack of awareness about the material.

Following the recent Government decision, it has now renewed this call.

Ruth Wilkinson, Head of Health and Safety at IOSH, said: “Asbestos remains a global challenge to both occupational and public health. IOSH was pleased to support the Work and Pensions Committee inquiry and we supported the recommendation for there to be an overall ‘plan’ developed by the Government and Health and Safety Executive.

“But removing asbestos is something which is fraught with risks, so we called for caution over doing this without considering research and evidence around safe removal and disposal. We requested that any options, planning and decision stages consider all hazards and risks in relation to ‘in-situ’, removal, transportation and disposal.

“What is of significant concern is the lack of consistency in managing asbestos among duty holders and a lack of awareness and knowledge about it among those who are coming into contact with it, particularly in smaller businesses.

“We would like to see a collective effort by policy makers, government, regulators, employers and worker representatives to address this. This action should be part of a strategic plan which is aligned to the built environment and net zero initiatives. Such a plan must have a focus on duty holders and the competence of individuals and include the development of clear guidance around managing asbestos. It should also include enforcement. Also essential to it is improved training for employees which raises awareness of the dangers of exposure, informs them how to deal with asbestos and what to do if they come across it.

“Action is needed now. People’s lives depend on it.”