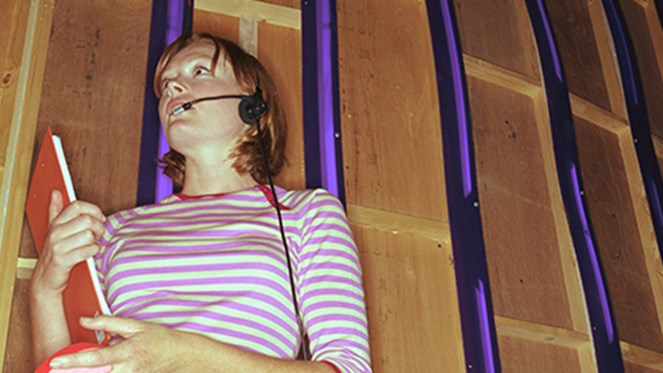 In this Mental Health Awareness Week (9-15 May 2022), Hayley Seddon, Chair of the IOSH Theatre Advisory Group, applauds a newly updated set of 10 Principles for creating safe and inclusive working spaces in the theatre industry

BBC News recently posted an article about bullying in the creative industries, focusing on a short film made by Bafta-winning director Brian Hill, called ‘Toxic’. Around the same time, IOSH’s Dr Karen Michell wrote a supportive opinion piece on the use of intimacy coaches by Scottish Ballet that pointed to the need to look after people working in the theatre world. As an OSH professional working in theatre, both pieces raised issues of workplace mental health that, sadly, I know are of growing concern.

Theatre, like TV and film, relies on a sizeable number of freelance workers. As, highlighted in the BBC post, there is a worry across this workforce that speaking up, whistleblowing, calling out inappropriate behaviours at work will be seen as causing trouble and will result in not being hired next time.

Alongside freelancers, there are staff employed by theatre companies to work onstage, backstage and front of house. Bullying and harassment can be experienced by these groups too, where a toxic workplace culture can develop through years of harmful behaviour within an organisation.

Bullying, harassment and the abuse of power has many strands. Movements, such as #MeToo and Black Lives Matter, for example, have also drawn attention to systemic and organisational sexism and racism and microaggressions that are experienced repeatedly. Individuals can be well-meaning but are working in and constricted by a structure that is not inclusive. Many theatres are shining a spotlight on their equity, diversity, justice and inclusion (EDJI) strategy to address these issues.

For the OSH professional in theatre, a workplace culture that lacks respect, dignity and inclusion poses a real risk as the harmful behaviours on which it is built - and then starts to produce itself - is likely to result in ill-health and injury. Taking action to bring it to an end and help improve the psychological safety of theatre workers must be a priority for OSH management.

UK Theatre and the Society of London Theatres have recently published an updated set of 10 principles for creating safe and inclusive working spaces in the theatre industry. Theatres are invited to adopt these principles to develop their own formal behavioural code of conduct.

OSH frameworks can help support and protect EDJI strategies and actions against dangerous toxicity and hateful behaviours. This can be achieved, for example, through incident reporting processes that include support mechanisms for those who report, as well as governance and policy frameworks that ensure accountability and responsibility.

To me, OSH is about building a workplace culture that’s person-centred, where workers feel safe and able to speak up when something is not right, trusting they will be listened to.

Intimacy coaches, as used by Scottish Ballet, are a notable example of a way to help mitigate against harmful behaviours, particularly in rehearsal rooms which are often seen as closed, sacred and therefore vulnerable creative spaces. The expertise of occupational psychologists or drama therapists can also be harnessed to help make these spaces safer.

Respecting each other’s different lived experiences and perspectives and treating each other with dignity lies at the heart of a safe workplace. As such, recognising and enabling this becomes a crucial part of OSH management. It’s our role to help prevent the harmful inappropriate, hateful and bullying behaviours that put that safe workplace at risk.