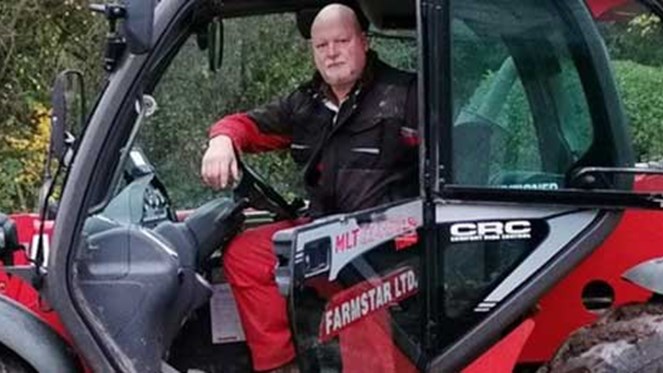 As we looked ahead to this year’s Farm Safety Week (19-23 July), we asked Chartered safety practitioner Tina Morgan to sound out the views of some of her farmer friends on safety…

I had the pleasure last week of speaking to James Bannister, a Gainsborough-based farm contractor who lost his arm in a farming accident 23 years ago. Unlike some others, James has managed to rebuild his life and still works in agriculture. Yet when I asked him for his views on farm safety in the run up to Farm Safety Week 2021, his first response was that “something needs to be done about it.” James recounted the run up to his accident and described what he was doing at the time as “common practice.”

James feels there is so much more that can be done, but the change needs to come from within the agriculture industry itself. Raising awareness is necessary but change is essential. James believes that the farming industry needs to encourage participation and discussion among farmers and that there needs to be honesty about the way they work.

He said that nowadays he just gets on with life, but he still finds it hard to talk about the fallout from his accident, which was much more than the physical injury. When I referred James back to an article written about him by Jill Hewitt in Farmers Weekly, in 2016 (‘How a farm contractor rebuilt his life after losing an arm’), he was clearly moved but rather philosophically said that, “it could have been much more difficult.” James summed it up by saying, “we need change, real change, not just words but action.”

Still thinking about what James had said I asked Stephen, a farmer, what one word springs to mind when he thinks about farmers and their attitude to safety. His reply, without hesitation, was ‘complacent’. He was almost apologetic for saying it but went on to justify his response by saying there is a ‘get it done attitude’ which is needed in farming but that this attitude, and the view that it’s only a five-minute job’ and ‘it won’t happen to me,’ is probably what’s behind the rise in fatalities. Stephen’s wife, Sarah added that she believes the high fatality rate is due to the prevailing ‘we’ve always done it that way’ mentality, particularly among the older generation. Some say this is the most harmful saying in the English language and in the case of farming, it’s true.

Sadly, this is not the view of everyone in the industry. The rise in social media has seen an increase in agriculture related posts, usually from the younger generation, with little or no concern for safety. Posted images of young farmers jumping into slurry lagoons, of pre-school age children being carried around the farm by a parent riding a quad bike and of toddlers standing next to the slurry pump during stirring are recent examples. And the reason they engage in such dangerous activities? To get a flurry of ‘likes’ for each of their posts.

Whenever anyone challenges this kind of behaviour, they are attacked and accused of being ‘the fun police’ or, in some cases, worse. Should this stop us from challenging their poor behaviour? Absolutely not. It’s time to stand up and be counted, to call for change and, yes, to be the change we want to see.

Tina Morgan
Tina, who has worked in both agriculture and conservation, is Chair of the IOSH Rural Industries Group