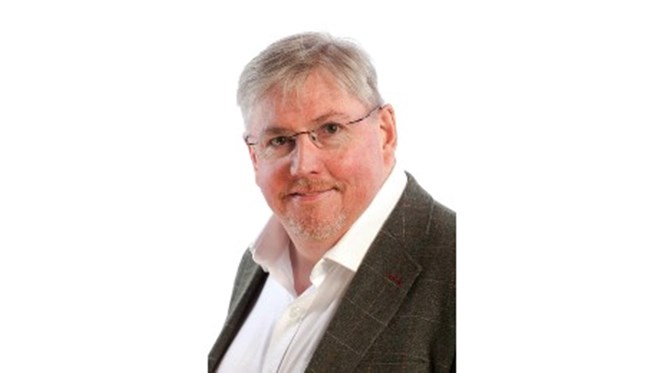 George Mills has received an IOSH President’s Commendation Award. It recognises his relentless passion to help IOSH members. It also marks his devotion to the IOSH West of Scotland Branch.

George has been a key member of the Branch Committee for several years. He has assisted the running of the Branch. He has supported others to take roles such as Branch Secretary and Communications Coordinator. He has volunteered as a coach and mentor to members. In these roles he has provided advice and guidance on Initial Professional Development.

The Branch’s geography makes it difficult for some members to attend meetings. However, George has worked hard to make sure that all members have a voice and opportunity to take part and contribute to IOSH’s wider work. On one occasion he travelled to Gretna, at the southern end of the Branch area. On another he facilitated a video link in Oban.

He has arranged Branch speakers on many occasions. He has also developed a successful partnership between the Branch and business. One organisation gives its services free of charge, including half-day seminars.

George has been an ambassador for IOSH, working with other organisations who promote OSH. He has been a Committee Member for the West of Scotland Branch of the IIRSM. He encourages and supports their events, recommending suitable speakers and topics. This helps to develop partnerships with other OSH professionals and enhances learning and development.

George has been the Branch’s link with Glasgow Caledonian University. He is now developing further links with the University of the West of Scotland. He has been encouraging students to attend IOSH meetings, either in person or virtually.

Before Covid lockdown, George helped to arrange a series of mock interviews for members seeking Chartered Member status. In 2021 he continued to offer support to IOSH Branches in Scotland. He volunteered for a Branch subcommittee to explore ways to support the IOSH Benevolent Fund through corporate gifts.

“I am honoured to be recognised in respect of my contribution on behalf of IOSH and the West of Scotland Executive Committee as well as the Branch Membership. To be personally presented the award by our President Louise Hosking highlights the importance of volunteers to the Presidential Team. My award was only possible by having an Executive Committee who works as a team and the collaboration of our Branch Membership.”

“It was a pleasure to meet George Mills in person and to present him with a President’s Commendation Award. I congratulate George for his unstinting efforts to support his Branch and fellow members. It’s volunteers like George who help to make IOSH such a vibrant and supportive organisation.”