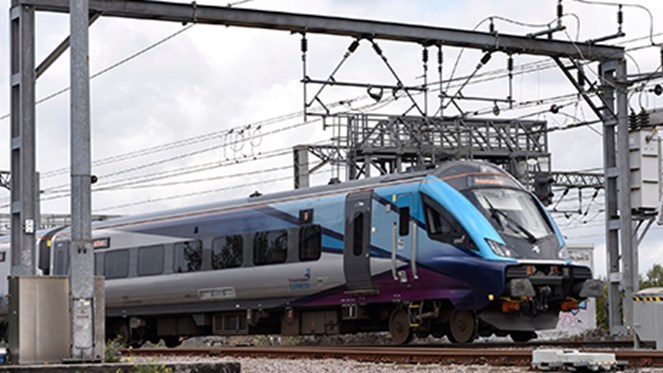 In delivering this month’s Rail Accident Investigation Branch (RAIB) report into the Stonehaven rail tragedy, Chief Inspector of Rail Accidents Simon French, said “we owe it to everybody who was affected by it to strive to learn safety lessons for the future.” Yet, reflects Greg Morse, corporate memory can soon fade.

Imagine being in the cab of a train. Maybe it's a job, maybe it's a dream come true. Either way, you're at a station. Waiting. On the Ilkley branch. Waiting. At Burley-in-Wharfedale. Waiting. At last, you get the tip and you power away. Except you don't. There's a problem. It's an elderly lady, whose coat has caught between the closing doors, who’s dragged along for several yards, who will die three weeks later from an infection to the wounds she suffered.

This actually happened – back in 1989. The problem was that the coat was thin enough to fool the train’s door interlocking system, allowing the blue 'traction interlock light' to illuminate. This meant that the train’s control systems allowed it to be moved. The guard also took it as proof that the train was safe to do so. He gave the appropriate signal to the driver without performing a final check of the platform.

This was back in the days of British Rail. As a result of the accident, the company made a couple of safety films to highlight the dangers, and saw to it that the instructions relating to power-operated doors were reissued, with an emphasis put on the need for that final check and the unacceptability of relying on the interlock light…

If the above sounds familiar, that's because the assumption that getting the traction interlock light means it's safe to go was a factor not only in a similar incident at West Wickham on 10 April 2015, but also one at Hayes & Harlington the following July.

That’s the trouble with corporate memory: it only exists while we remember it – ‘we’, the people there at the time, not the company as it existed then. So, while ‘we’ learned in 1989 – and did something with that lesson, the fluid nature of our industry – in which people retire, move on, or move in from elsewhere – cannot possibly guarantee that a lesson learned over 30 years ago will remain more than 30 years on.

Yesterday is important. Yesterday is the bedrock of all that comes after. Learning, indeed, has its origins in experience, and experience quickly becomes part of history. The Clapham accident of 1988 is a case in point – a wiring error, and one which rang bells in the minds of Rail Accident Investigation Branch (RAIB) inspectors when they investigated more recent incidents at Cardiff East Junction (2016) and Waterloo (2017). Simon French, RAIB’s Chief Inspector, drew a clear line from Cardiff back to Clapham, pointing out ‘how easy it is to forget the lessons of Clapham and slip back into those habits under the time pressures of a big commissioning’.

Storytelling, though part of the history of the human race, is now vaunted anew as a means of managing knowledge, generating emotional connections, keeping the corporate memory alive. Stories stick, their lessons stick and they are more easily remembered when they need to be.

While compelling stories can be an effective way of sharing complex information it still requires an engaged audience who can be bothered to read, watch or listen. On the micro scale, talking (and listening) to those with a longer history in the industry is absolutely vital, although it is not a case of getting the retiring railway person to ‘download their brains’, as some have suggested. As Michael Woods, former BR Dartford Area Manager and later Principal Operational Specialist at RSSB, explains: ‘sometimes I don’t know what I can remember until I remember it; it’s the conversations about safety that help bring this detail or that back to the front of my mind.’ Sometimes, though, the pride of youth means that youth won’t ask questions of the old; and sometimes the old are too cynical about the willingness and ability of youth to understand.

If any of the lessons we learned in the past are to survive, we’re going to have to keep telling the stories. Whether this be embodied in training, in procedures, in formalised briefings or less formal discussion, the human element will remain. Technology will doubtless help in a big way. Technology will doubtless improve our various databases, digital resources and risk analysis tools. But none of it will be much good if we don’t talk about the lessons and keep on sharing them.

Greg Morse is a Member of the Chartered Institution of Railway Operators and is the Operational Feedback Lead for the Rail Safety and Standards Board (RSSB). He is also a co-opted member of the IOSH Railway Group Committee. The views expressed in this article are his own. His book on Clapham, its context and lessons, should be published later this year.