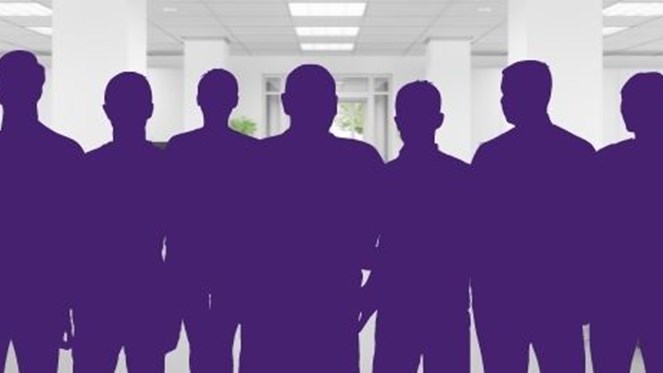 The outstanding contribution of several members to the occupational safety and health profession was recognised last month by Presidential Awards. 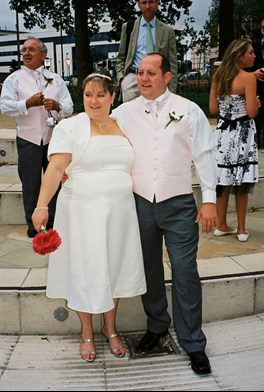 Keith Hole received a President’s Commendation Award. Over the years Keith has raised the profile of health and safety through presentations at conferences and webinars, written articles and appearances on radio. As well as his involvement as Chair of the South Downs Branch, Keith has also been an active ambassador for IOSH’s No Time to Lose campaign on workplace cancers.

The award had a professional as well as a personal meaning for Keith. Dedicating the award in memory of his wife, who recently passed away, Keith gave heartfelt tribute to her support for him in his work. Keith particularly wanted to share this photo with us.

The hand-over of the Presidential mantle from Jimmy Quinn to Louise Hosking was a fitting occasion on which to mark the excellence of members who have served IOSH with distinction. President’s Distinguished Service Awards were given by outgoing President Jimmy Quinn to Matt Jackson, Jo Price and Paul Haxell. Matt received his award for his work at UAE Branch, as Chair of the Consultancy Group and as a member of the Nominations Committee. Jo has contributed as “a volunteer’s volunteer” in several roles, in Merseyside and Cumbria Branches, on IOSH Council and as Vice-Chair of the mental health focus group. Paul was instrumental in rescuing the Construction Group from a low ebb, leading it as Chair for three years.

Louise Hosking marked the beginning of her Presidency by announcing President’s Distinguished Awards for Jonathon Leet, Peter Kelly and Stewart Crowe. Jonathon has played a particularly important role in the social care sector, making decisions on the frontline and adapting to changes in guidance throughout the Covid-19 crisis, with many lives undoubtedly saved because of his actions. Peter, a leader in psychosocial health and safety, attracted a global audience for his daily coffee chats to support OSH professionals and others during the pandemic. Stewart is the Chair of IOSH’s Nominations Committee, which is responsible for appointments in IOSH’s governance structure, ensuring that the right people are chosen to serve IOSH’s interests.

Together, President and Immediate Past President presented President’s Distinguished Service Awards to Andy Lo and Nick Cornwell-Smith for their remarkable roles in IOSH’s development. It was Andy who, with a group of colleagues in the 1990s, lobbied a group of OSH professionals to create the Hong Kong Branch, now one of the largest and most vigorous of IOSH’s branches. Nick is one of IOSH’s longest-serving members, having joined in 1979. He has been very active in the running of IOSH, serving as President and on various committees, and as an influential member of IOSH Council. Both Andy and Nick have been unwavering in their support for IOSH and together have a lasting contribution to the Institution.

A recording of this year’s Presidential hand-over is below, and fuller details of the Award winners’ stories commence at 43 minutes 09 seconds.