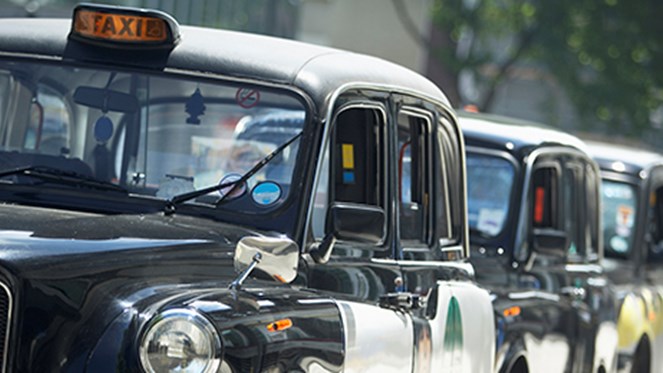 While taxi drivers wearing face masks have become a common sight in our cities, new research shows there’s a longer-standing threat to the health of professional drivers than coronavirus.

After conducting the largest real-world in-vehicle personal exposure study to date, researchers from the MRC Centre for Environment and Health, Environmental Research Group, Imperial College London, funded by the Institution of Occupational Safety and Health (IOSH), have found that professional drivers are regularly exposed to hazardous levels of diesel emissions as part of their work.

There is, therefore, an urgent need for employers and stakeholders to take action to reduce the levels of these workers’ exposure to diesel emissions.

All professional drivers examined as part of the study in and around London were exposed to elevated levels of black carbon, a component of diesel exhaust. The capital’s taxi drivers experienced the highest level of exposure (6.6 μg/m3), possibly highlighting the fact their work is predominantly carried out within the busiest and some of the most polluted parts of central London. The next highest exposure levels were seen in couriers (5.5 μg/m3) and waste removal drivers (4.3 μg/m3).

Diesel fumes can contain up to 10 times the number of soot particles found in petrol exhaust fumes. In 2012, the International Agency for Research on Cancer classified these exposures as carcinogenic to humans but diesel exhaust has also been linked to other chronic lung and cardiovascular conditions.

The DEMiSt study has identified a range of driving behaviours that can play a part in reducing exposures, with minimum cost to the industry, as an initial step to protect drivers’ health. These include:

Mary Ogungbeje, Research Manager at IOSH, said: “Although society as a whole is becoming more aware of environmental issues, the impact of diesel emissions on the health of professional drivers has so far been overlooked.

“Robust data will help to identify exposure levels among this group of workers and the different interventions needed to protect their health. Our research shows that all have a role to play in reducing professional drivers’ exposure to diesel fumes – employers, workers and policy makers.”

Dr Ian Mudway, Senior Lecturer at the MRC Centre for Environment and Health, Environmental Research Group, Imperial College London, who led the DEMiSt research team, said: “The aims of this project were to quantify the exposure of urban professional drivers to diesel exhaust, to provide a framework for evaluating their risk and to facilitate the formulation of risk reduction strategies.

“We know quite a lot about the dangers of exposure to traffic pollution. However, there has been surprisingly little research on levels of professional drivers’ exposure to pollution and its effects on their health,” he added.

“We believe there are around a million people working in jobs like these in the UK alone, so this is a widespread and under-appreciated issue – indeed, it was very noticeable to us just how surprised drivers taking part in the study were at the levels of their exposure to diesel.”

Air quality scientist Shanon Lim, a member of the research study team, added: “Our study suggests that professional drivers are exposed to high levels of traffic pollution while at work. Because these levels are higher than those we find at the roadside, this suggests that being inside a vehicle doesn’t necessarily offer any protection – in fact, the opposite may be true, that air pollution can get trapped inside the vehicle for extended periods of time.

“Imagine an office worker operating from a desk placed on the busiest street corner in London; well, they would be less exposed to black carbon than a passing taxi driver, who I expect would be feeling more protected in their cab,” he stressed.

“Alarmingly, while many employers are aware of the dangers of diesel emission exposure, too many are turning a blind eye to the occupational health of their workforce.”

In total, 11,500 hours of professional drivers’ exposure data were analysed in the baseline monitoring campaign. On average, 18.6% of time was spent by the participants ‘at work driving’ and this contributed 36.1% of total black carbon exposure; this compared with 54.4% of time spent ‘at home’, which only contributed 31.8% of total exposure to black carbon.

The results showed that, on average, professional drivers were exposed to 4.1 micrograms of black carbon per cubic metre of air (µg/m3) while driving, which was around four times higher than their exposure at home (1.1 µg/m3). The levels recorded at home would be similar to levels experienced by office workers at their desks.

Professional drivers also experienced extremely high spikes in exposure to black carbon, often exceeding 100 µg/m3 and lasting up to half an hour as black carbon remained trapped within the vehicle cabin.

These spikes often occurred in congested traffic within Central London, in areas where vehicles congregate, such as in car parks or depots, as well as in tunnels and ‘street canyons’ (between high buildings).

The diesel exhaust exposure occurring during these ‘spike’ periods was consistent with levels that have previously been shown to induce inflammation in the lungs of volunteers in experimental exposure studies.

*Diesel exhaust is difficult to measure in practice as it consists of a mixture of gases, voluble organic compounds and primary combustion particles. The pollutant ‘black carbon’ was therefore measured as a proxy. It is derived predominantly from diesel engines in the urban environment and numerous health studies have demonstrated that daily fluctuations in the concentration of black carbon in ambient air are associated with adverse health effects in the population. Black carbon exposure was measured by providing each driver with a portable microAeth (MA) 300/350, with an in-built GPS