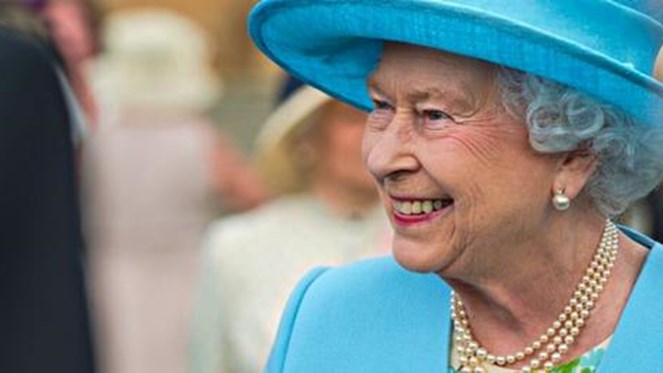 With the OSH profession never being more recognised than since the pandemic, now several IOSH members have been honoured in The Queen’s Platinum Jubilee Birthday Honours List.

And while it remains to be seen if they’ll be joining Her Majesty and Paddington Bear for tea – and marmalade – at the Palace, here’s a look at who’s received royal recognition: Helen Crampton CMIOSH, Head of Safety and Risk Management at Derbyshire Fire and Rescue Service for the past 25 years, has been made a Member of the Order of the British Empire (MBE) for services to safety. Chesterfield-based Helen also recently took on the voluntary position of Safety Lead for the United Kingdom Rescue Organisation (UKRO) and has held voluntary roles with The Scout Association at national and county level.

Describing herself as “absolutely thrilled” with the news (“once the shock had died down”), Helen felt encouraged that despite the frequent negative comment on safety in the media and ‘down the pub’, her award shows that the work of OSH professionals is appreciated.

“Safety being recognised at such a level is so important as it is often seen as the bogeyman, the fun police, the boring stuff (as it was described to me recently) or the reason things are stopped,” she said.

“This isn’t the case, as we all know – safety is exciting, often a challenge, and we bring our personalities to the thick of it as we engage, communicate and guide,” she added.

“It’s the glue holding everything together.” James Bertram CMIOSH received a Medal of the Order of the British Empire (BEM) for services to policing and the community in Ayrshire. As well as being Health and Safety Manager for Police Scotland, James is also a Community First Responder with Scottish Ambulance Service.

“This award is a huge surprise and a very nice one,” said James, “and I believe it highlights some of the innovative health and safety work undertaken within Police Scotland in recent years,” said James.

“I am honoured to have been recognised by Her Majesty The Queen.” Bill Cooke TechIOSH, Head of Workforce Health, Safety and Environment with Network Rail, based in Bedfordshire, was also awarded a BEM, for services to the railway and to charity.

Bill developed the ‘Close Calls’ initiative that looked to empower workers to speak up regarding safety concerns and was part of the team that led the award-winning Track Safety Alliance in its work to create greater collaboration with the supply chain in addressing common industry safety risks. He was also involved in launching Prep4Safety during his time in the Track Renewals team, managing risks of slips, trips and falls and is currently part of the National Safety Taskforce Team focused on changing the way we plan for safer track access and introducing technology to help remove and reduce risks to trackworkers.

On top of all this, Bill has raised well over £700,000 for sick and vulnerable children over the past 20 years, supporting the likes of Cancer Research UK, NSPCC, Barnardo’s, Railway Children, Birmingham Children’s Hospital, Young Lives v Cancer, Action for Children and the Foundation for the Study of Infant Deaths.

As well as organising countless golf days, Bill has also trekked through the Grand Canyon, taken on the 3 Peaks Challenge and completed a 500-mile treadmill walk, to give just a flavour, all in the name of charity. But, as Bill says, “I’m only the conductor – my rail industry colleagues who come together to donate money are the orchestra!”

Gary Morton CMIOSH was also among IOSH members to be recognised by The Queen in this Platinum Jubilee year. Gary, who is Health and Safety and Business Continuity Manager for University of Newcastle upon Tyne, is now the proud holder of a BEM for services to education.

Louise Hosking, President of IOSH, said: “I’m sure everyone at IOSH will join me in congratulating all our members who’ve been recognised in The Queen’s Birthday Honours.

“Of course, these awards come platinum-plated this year, so they have an extra ring to them as we celebrate The Queen’s 70 years on the throne. They royally celebrate the public service of individuals who’ve worked so hard for our great profession and for the continued protection of working people.”