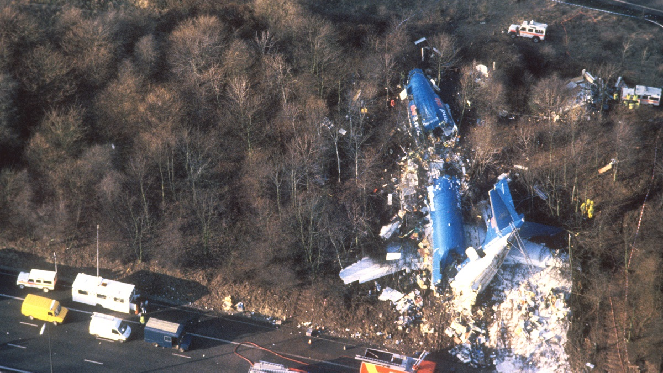 As we near the 30th anniversary of the Kegworth air disaster (8 January), Martin Brennan, Vice-Chair of the IOSH Aviation and Aerospace Group, discusses how the tragic event led to industry-wide change.

As we approach the 30th anniversary of Kegworth, our thoughts are with the families and loved one of the 47 people who lost their lives as well as those who survived this tragic event.

A blow to the aviation industry

Coming not long after the 1985 Manchester tragedy, the Kegworth accident was another blow to an aviation industry that was still reeling from the Tenerife disaster - an accident involving the worst loss of life in a single event - less than ten years before.

While Tenerife proved a turning point for the industry as we began to realise the impact that the 'cockpit gradient' has on crew interactions and behaviours, both Manchester and Kegworth shone a light on aspects related to survivability and the psychology – the thought processes of passengers and crew – involved in an event.

The Tenerife event moved the industry from its focus on the mechanics of an event to one where Crew Resource Management (CRM) and Human Factors concepts became more widely considered and embedded in each organisation's safety efforts. Both Manchester and Kegworth prompted further shifts in focus toward passengers and how they deal with the challenges presented during high stress situations such as an evacuation.

In the aftermath of these events, a number of studies were initiated to research not only the aspects that affected survivability and the psychology of the evacuation process, but also the brace positions that passengers and crews had adopted during the accident. The outputs from these studies, as well as the accident reports themselves, proved so significant that changes were made to cabin furnishings and materials and the structural integrity of the aircraft's cabin, and the emergency procedures taught to cabin crew.

The importance of preparing passengers for an emergency situation was brought to the fore. The standardisation of cabin crew emergency and evacuation procedures and safety demonstrations across the industry, and the inclusion of pictorial safety briefing cards at each passenger seat, have all helped to sensitise the travelling public to the procedures which will enable them to efficiently and effectively evacuate an aircraft in the event of an emergency.

Further to this, safety is now incorporated into the design and certification process for new aircraft, and manufacturers must demonstrate that a fully loaded aircraft can be completely evacuated through 50% of the emergency exits in less than 90 seconds, before a new aircraft model is given its certification by an authority.

The aviation sector has come a long way since the inception of the first commercial air services. Aircraft are now flying higher, faster and further than ever before, and with the global commercial fleet carrying approximately 4 billion passengers in 2017 alone, commercial aviation is now one of the safest and widely used modes of transport. This growth in capacity is almost certainly a reflection of the public's confidence in our industry's safety record.

We now actively manage safety through our Safety Management Systems (SMSs), which are now thoroughly embedded in commercial operations and allow us not only to be pro-active but predictive in how we manage safety and the risk that are inherent in aviation. A key component of any SMS is the reporting system that is populated by crews and others and which provide us with the data from which we can monitor and trend safety performance and, most importantly, uncover possible latent issues that may not be immediately apparent.

Though our industry has shown itself to be resilient and willing to learn and adapt to ensure the safety of our passengers and crews, we cannot become complacent in how we manage safety.

By Martin Brennan, Vice-Chair of the IOSH Aviation and Aerospace Group and a Safety Manager for a European low-cost airline.