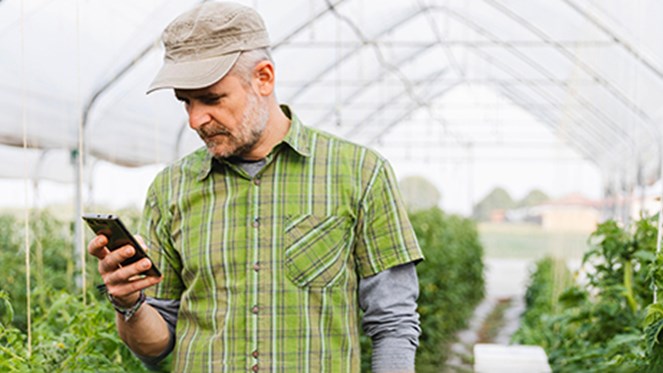 As part of our coverage of Farm Safety Week 2021, last week, we report how an IOSH committee member used social media to drive up engagement in a sector troubled by tragedies at work

There’s nothing like a death to focus the mind, to make you realise what’s really important in life. Tragedies involving children invariably see parents hold their little ones a bit tighter; a fatal road accident might finally see something done about a traffic black spot, for instance.

For Elizabeth Creed, Vice Chair of the IOSH Rural Industries Group, one such moment came to her in March, over Sunday lunch. The first part of 2021 had seen a series of people killed on UK farms. She wondered when the next farm death or accident was coming.

“I remember thinking how the following Sunday a family might be together after going through the worst week of their lives, with an empty seat at the family table,” says Elizabeth.

“It got me thinking there must be something I could do.”

As a faming safety and communications professional, Elizabeth’s thoughts turned quickly to the power of social media and Twitter in particular. She could see the potential to start something that would help raise awareness of farm safety and do so in a way that was free, easily accessible and simple to use. The Twitter hashtag #FarmSafetyHour was born.

The first #FarmSafetyHour ran on Thursday 22 April and invited Twitter users to ask questions and discuss issues of farm safety (remembering to use the hashtag, of course). It wasn’t long before it attracted a significant following of farm owners, contractors, operatives, safety professionals and advisers. They joined from across the world – Ireland, Australia, New Zealand, India, Germany, the US and South Africa, as well as the UK. Its current total reach is already 2.5 million.

“We have had so many messages thanking us for starting the initiative, saying it has made them consider safety differently,” adds Elizabeth.

“We’re now looking for a way to set up a network of regional safety hubs and to see how we can get more information out to the farming community.”

One other way of raising awareness of farm safety presented itself during one of the Twitter hours, when participants called for something to listen to while out on the farm driving their cab. This gave rise to the #FarmSafetyHour podcast, which has just released its third episode.

Podcast guests have included Peter Kelly of the HSE (talking about mental health in farming), Peter Gohery (safety professional and a farm accident survivor) and IOSH President-Elect Louise Hosking, who considered what the farming sector might learn from other industries when it comes to safety and health.

Of course, health and safety programmes depend on good risk management, continual reassessment and the right behaviours to see it through but getting people more safety aware and open to talk about the issues is a vital start and essential part of the process. Farms surely have a better chance of being safer places to work, because of initiatives like #FarmSafetyHour.

#FarmSafetyHour runs on Twitter every Thursday (1930-2030 BST), while its podcast is available on Spotify.