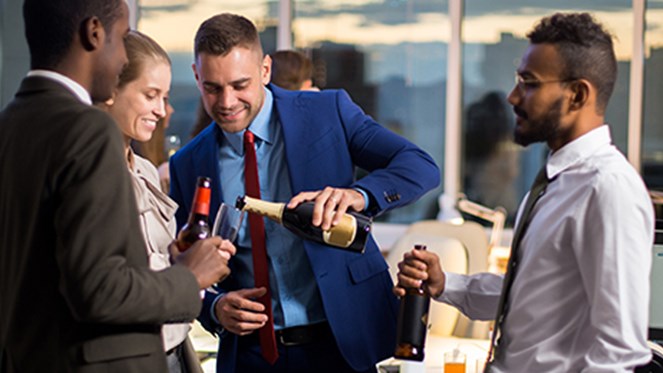 Can rules be equally applied in all situations? Chris Jerman, from the Institution of Occupational Safety and Health (IOSH), considers our relationship with rules and whether we follow or feel justified in breaking them

Since the start of the Covid-19 pandemic, people around the world have been subject to varying restrictions in an attempt to slow the spread of the virus. In England, it is alleged that during these restrictions there were a number of gatherings on government premises which broke the rules that had been set. A report was recently published on these allegations, in which the author, civil servant Sue Gray, questioned the extent of alcohol consumption at Number 10 Downing Street, a professional workplace as well as the British prime minister’s home. She called for steps to be taken to ensure that every Government Department has a “clear and robust policy in place covering the consumption of alcohol in the workplace.”

Leaving aside what might have gone on at Number 10, I would challenge whether an absolute rule prohibiting alcohol consumption of any kind during working hours could work. Where would that leave wine tasters, pub landlords or journalists meeting on licensed premises to get their stories? Admittedly, the rules will need to be harder edged for certain occupations, like airline pilots and train or bus drivers, for example.

“Rules are there to be broken” goes the saying. Why’s that then? Aren’t rules a good idea, there to tell us exactly how to behave, respond and act for our own good? What would prompt someone to break a rule and would that rule-break make them a bad person?

All right, imagine having to get someone to hospital very quickly. There’s no time to call an ambulance and, in your eyes, red lights become dispensable. You’d probably feel that by speeding you were simply doing what you had to do. You would hope that any resulting charges would be dropped. Maybe you deserved a police escort.

Are our attitudes to breaking the rules rooted in outcomes? It’s not unusual for those who break a rule to be rewarded when the outcome is positive, yet punished for the same breach when the result is negative. Clearly, the nature of the outcome is a lens through which we view whether we should stick to a rule.

So, rules are generally seen as being a good thing. Yet there is always scope for a valid reason to break them and these reasons tend to be based on how we judge what ‘we’ might have done under the same circumstances. Isn’t that what we call common sense? The problem with this, however, is that common sense is neither always a commonly held view, nor is it consistently seen as being sensible. Clearly, then, rules can be a problem when they don’t fit every circumstance, when they become seen as restrictive, unnecessary, poorly devised and possibly made by those who we perceive as being unconnected from reality. As Dickens’ Mr. Bumble famously said, “the law is a ass.”

Consider the UK rule that appeared during the Covid-19 pandemic, where a grandparent was only allowed to collect one child from school. What if there were two children (siblings) needing to be collected from the same school, from the same class? Here was a case of logic over sense. How was adherence to that rule intended to control the spread of the virus anyway?

So, what’s the alternative? Why not have a set of guidelines that set out general principles for all of us to consider and decide for ourselves as to how we behave? This brings into focus the use of language. Just what does “must / must not”, mean as opposed to “should / should not”? It’s the difference between being explicit and being implicit, though we’re seldom so disciplined as to observe the differences. Is “do not” the same as “avoid”?

Ambiguity creeps in and, inevitably, people start to push the boundaries of guidance to suit their own circumstances. When we put several of these ambiguous and implicit words into a sentence, such as “grandparents should remember to try and avoid collecting more than one grandchild from school”, what we have, in effect, is a license to collect as many grandchildren as we like from somewhere near to the school; indeed, why not collect as many other children as we like if they’re someone else’s children?

The realisation is that rules might need to be broken on occasion, though we may not all agree with the justification. Yet guidance is so often open to interpretation that a coach and horses could be driven through it, leaving us to question whether the guidance was worth a candle.

This is why, in the world of occupational safety and health at least, rules are set and come with accompanying guidance. This gives us the best of both worlds; each MUST be used with the other, or it’s clear what will happen. The Covid-19 pandemic has been a clear illustration of where disparate rules and guidance can cause considerable confusion. If ever what’s being required of us isn’t made clear, we should ask ourselves, “what is the spirit and intent of the rule/guidance? What is the purpose and how is it intended to achieve this?”

So, should we try to avoid drinking on duty? Isn’t it down to the situation in hand, the effect it could have, the tone that might be set and the message this would give. What do you think?