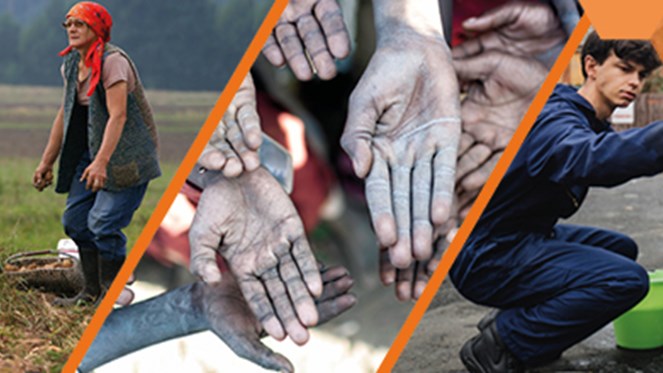 The Institution of Occupational Safety and Health (IOSH) today calls for collective action on a global scale to stamp out human trafficking and other forms of modern slavery.

Ahead of World Day against Trafficking in Persons (Friday 30 July), IOSH says a concerted effort from Governments, regulators, businesses and more is required to tackle “these abhorrent crimes”.

It is estimated that more than 40 million people are victims of modern slavery around the world. These include people being forced to work through coercion or mental or physical threat, those being treated as a commodity or bought and sold as ‘property’ and those who are physically constrained or have restrictions on their freedom of movement.

Some of those victims have been speaking out about their experiences ahead of Friday’s awareness day, which is organised by the United Nations Office on Drugs and Crime and seeks to turn their suggestions into actions which will combat human trafficking.

And IOSH is fully supporting the call. Head of Health and Safety, Ruth Wilkinson, said: “We absolutely must do everything we can to rid the world of these abhorrent crimes which cause untold suffering to millions of people.

“That is why we are supporting this day and continue to call for more action. There has been progress in recent years, including developments in the EU and in countries such as Australia, Canada, France, Germany, Italy and the Netherlands, aimed at implementing systems to prevent human rights abuses in businesses. In the UK, the Modern Slavery Act was an important step that was introduced to tackle this. However, much more can and should be done.

“And much more can be done globally. Human trafficking and other forms of modern slavery wreck lives, which is why we call on Governments, regulators, businesses and others who can make a difference to step up.”

IOSH has been actively involved in work to help eradicate modern slavery. Earlier in July, it responded to a European Commission proposal to revise a directive on non-financial reporting, in which it recommended mandatory legislation which supports organisations in reporting and disclosing social, employee and environmental matters, and human rights matters.

The Institution has previously supported the introduction of the Modern Slavery Act in the UK, joined a campaign to strengthen reporting requirements, supported a campaign to improve working conditions for garment workers and joined the Gangmasters and Labour Abuse Authority’s (GLAA) Construction Forum.

In September 2019, it published a white paper which further highlighted the issue and public feeling against modern slavery, with results of an opinion poll revealing 63 per cent of people in the UK are concerned that modern slavery might be involved in the products and services they use and 84 per cent believing there should be a national awareness campaign.

The paper also called for further action from the UK Government, including:

More information on the UN’s World Day against Trafficking in Persons can be found here.