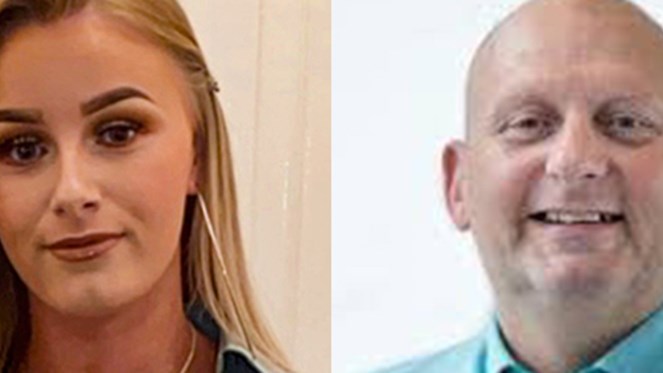 Apprenticeships can have a vital impact on young people’s life plans, sometimes showing them a completely different path. As we mark National Apprenticeship Week (8-14 February), here’s the story of how 19-year-old Mackenzie Pearson gave up a dream of being a criminologist, with clues as to her future career pointing to a role in health and safety…

This year’s theme for National Apprenticeship Week is ‘Build the future’. But before you can build anything you first need some firm foundations and these won’t magically appear overnight.

It took Durham teenager Mackenzie Pearson a while to figure out what she wanted to do in her working life. Not that she was short of ideas. When still at school she liked the idea of being an English teacher. By the time she was at sixth form college, Mackenzie had set her heart on reading criminology at university and was loving her college studies in criminology and law.

Yet, with her exams complete, she was no longer quite so drawn to become a solicitor or probation officer. Needing more time to consider her options, she opted for a gap year and found herself a part-time job. Then an apprenticeship opportunity came up with Costain, a smart infrastructure solutions company that designs, delivers and manages big infrastructure projects in the energy, water, transport and defence sectors. She decided to apply, secured the Level 3 Safety, Health and Environment (SHE) Technician apprenticeship and has never looked back.

Now, instead of being inside a court room or a prison, you’ll more often than not find Mackenzie in the great outdoors, part of the Costain team working on a five-mile stretch of the A1, near Newcastle, to widen both carriageways to three lanes. Rather than defending legal cases or working with offenders, she’s currently helping to install drainage and a new concrete barrier.

“I’m a part of Costain’s SHE academy, where we work on team projects and get the chance to do different training modules, including project management training; I recently got involved in an investigation into a potentially serious incident, gathering evidence and updating the team on the process,” she added.

“It made me realise just how important my role actually is and, being surrounded by supportive colleagues, it’s grown my confidence as I’ve gained valuable working experience of the industry.”

Mackenzie says she typically sets aside two or three days a week to do her assignments, though she never misses any meetings and continues to have regular catch-ups with her line manager to make sure everything is on track, both from a job and a college point of view.

Still benefiting from all the training, networking and learning opportunities of her free* IOSH Student Membership and its access to IOSH Mentoring which came with signing up to the SHE apprenticeship, Mackenzie hopes to move on to study for a health and safety diploma.

Mackenzie’s line manager at Costain, Malcolm Shiels, who is a Chartered Fellow of IOSH and chairs its Construction Group committee, is very committed to the SHE apprenticeship programme: “Getting young people interested in SHE at this early stage of their careers is of massive benefit to the construction industry,” he said.

“Even if the individual doesn’t stay in the health and safety profession longer term, they will move into another discipline with a breadth of knowledge on SHE matters that will support them in whatever role they undertake.

“Costain is fully committed to apprenticeship schemes and investing in the future of the construction and wider national infrastructure industries.”

"Now, with all the benefits of her free IOSH Student Membership, including a wealth of training and networking opportunities, plus membership of our Future Leaders Community, Mackenzie has found herself an even greater pool of learning and support to drawn on,” he added.

*IOSH is offering free Student memberships to the first 300 Safety, Health and Environment (SHE) Technician apprentices to apply.

Find out how to apply.