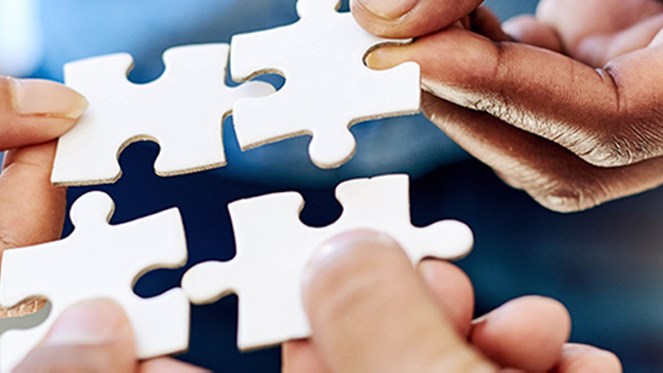 I began my career working in the property industry at a time when Rightmove was starting to grow and the world was becoming paperless. I have over 16 years hands on experience of digital marketing and the power and impact it can have when utilised correctly.

I joined the social housing consultancy - HQN in 2008 as Business Manager. My role was vast but predominantly involved marketing, creating events and project management. During this time, I worked with Vicki as she was the Lead Associate of SAFETYnet, a network that promotes and supports excellence in H&S in the social housing sector. We had a great working relationship and SAFETYnet boomed and with almost 150 members, Vicki is still Lead Associate of the network to this day.

As a Mum to a young child and wanting to grow my family, I wanted a career with more flexibility and freedom; consultancy seemed a natural fit. In 2014 I became a freelance digital marketing consultant, three years later after I’d got the hang of self-employment, I launched Sunshine Digital Media my own company and ‘go to’ if you need help to make you and your business shine online.

Over the years Vicki and I stayed in touch and even bumped into each other sometimes when I freelanced for HQN. We always had a great relationship; we have the same ethos, drive and most importantly sense of humour. In 2018 Vicki launched her second consultancy, Housing H&S Compliance UK Ltd, an affordable fresh approach to Health and Safety for social landlords – when she needed help to shine online, grow her business and strengthen her brand presence – I was the natural fit, so she brought me on board as part of her ‘hand-picked’ team of experts.

In the 6 months that I’ve been working with Vicki she has gained lots of exposure on our chosen social platform, LinkedIn, by keeping to the right strategy for her business and consistently posting. She’s running her first open training event in April, which has almost sold out, she has appeared in Inside Housing, Scottish Housing News and Northern Housing News and her profile has grown dramatically.

If you’d like to know more about how to raise your profile and shine online then check out my website, follow me on social media and watch out for my upcoming ‘top tips’ blog post and webinar that I’ve crafted specifically for IOSH members.

Vicki took the ‘plunge’ and became a consultant back in 2008, her H&S consultancy focused mainly in the social housing sector and much of Vicki’s work was through the Housing Quality Network (HQN) including as the brainchild behind SAFETYnet. It was at this time that Vicki met Clare and they forged an excellent working relationship, as well as a lasting friendship.

As time rolled by Clare left HQN to bring up her family and do some freelance work; we kept in touch and when I set up my second consultancy I soon realised that I needed some support with social media and marketing to ‘step out’ from the shadow of HQN.

I phoned Clare and we had a chat and that was it, I asked Clare to help me for an initial three month period as I was pretty sceptical about how quickly and effectively she could raise my profile and that of the business…. One of her first tasks was to write a piece about by entry into the Women in Housing awards, a feature that was to appear in Inside Housing and pretty widespread amongst the social housing sector; I was a finalise in the category for ‘Consultant of the Year’ and was pretty chuffed about that to be honest!

Roll forward 6 months and we have just run our fourth advertising campaign and the profile of Housing H&S Compliance UK Ltd has really grown, we have just landed yet another new client and we have some fantastic new training products that we are working on this year and I couldn’t imagine not having Clare alongside me to help drive those campaigns and launch those products in to the sector.

If you had asked me 12 months ago whether I would have considered having a ‘media consultant’ as part of my crew, I would have laughed at you, honestly, but now, I really cant image not having her as part of the team; she most certainly has made a difference to my business as well as keeping me ‘in check’… those wobbles that everyone has early doors, yep, she’s seen me through a couple of those and I have to say, that we’ve had a laugh along the way too.

Don’t tell her but… she is usually right when it comes to media and advertising!!