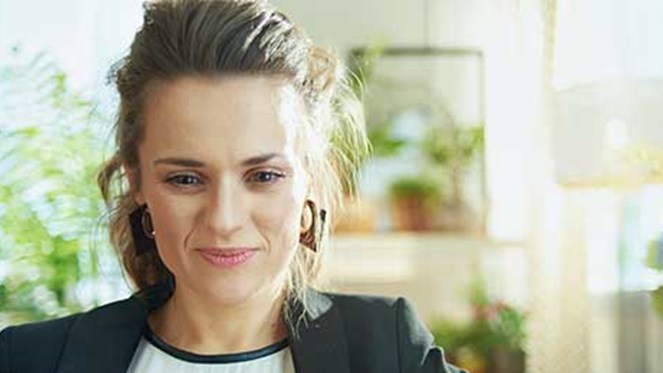 Every month, IOSH will provide an update on the latest President’s awards to be handed out.

In May 2021, four President’s Distinguished Service Awards (PDSAs) were presented to worthy recipients for the dedication they have shown to occupational safety and health.

Tony has been a member since the early 2000s and an active volunteer since 2008. His voluntary roles have included his involvement as chair and member in peer reviews and appeals panels.

His nomination form described him as “a humble man, who has put in many hours of his personal time for IOSH.” It added: “He goes above and beyond just being a member. He has and continues to support IOSH members who are seeking to attain CMIOSH status and has helped others attain CFIOSH. Tony exhibits all that a real and genuine leader does, and goes about it in a very modest and humble way.”

On receiving his award, Tony said: “I am extremely honoured to receive this PDSA on behalf of all members who further enhance our profession through their individual contribution to IOSH voluntary networks.”

Mavis has been a dedicated supporter of the asbestos phase of IOSH’s No Time to Lose campaign.

She suffers from incurable asbestos-related cancer mesothelioma, having been exposed to asbestos through washing the clothes of her husband Ray during his time working in dockyards. You can find out more about her story in our video here.

Despite suffering ill health, Mavis has supported IOSH’s campaign and continues to raise awareness of the risks of asbestos exposure and support others who are suffering from mesothelioma and other diseases through her own charitable foundation.

After receiving the award, Mavis said: “It is such a huge honour as I have followed and then become an advocate of IOSH. Since then, I have been to many conferences and Zoom meets around the UK.”

Like Mavis, Linda has collaborated with IOSH to raise awareness of the risks of asbestos exposure.

Based in the USA, Linda lost her husband to mesothelioma and is determined that others don’t suffer loss like she has. With this in mind, she co-founded the Asbestos Disease Awareness Organization (ADAO). Among other activities, she launched the annual Global Asbestos Awareness Week, held at the start of April every year, which has been supported by IOSH.

Linda said: “I am truly honoured and humbled to receive the IOSH President's Distinguished Service Award. From a national and international perspective, the numerous prevention campaigns and events have allowed me to work with inspirational people like Mavis Nye and the entire IOSH team. Embracing collaboration, IOSH and ADAO have forged a strong partnership and galvanized an unbreakable bond for today and the future. My award is shared with the entire ADAO community who are truly dedicated and believe that together we can make change happen.”

Shirley’s involvement with IOSH dates back to the late 1970s. She has been a member of the Thames Valley branch for more than a decade-and-a-half, including serving as a committee member from 2008 to 2012. She was also a member of the Nominations Committee from 2011 to 2017.

Her nomination form said: “Shirley has delivered many inspirational and knowledgeable career talks across the Thames Valley, London Metropolitan, Chiltern and Yorkshire branches. She has identified, mentored and helped ‘grow’ future OSH leaders.”

On receiving the award, she said: “I felt extremely honoured to receive the PDSA at the Thames Valley branch meeting. It has been a pleasure to support IOSH and work with members to help them further their careers and I feel privileged that so many people have put their trust in me.”

Do you know someone worthy of a Presidential award? As well as the PDSA, there is another award, there is also the President’s Commendation Award. For more details, including criteria and how to make a nomination, visit here.