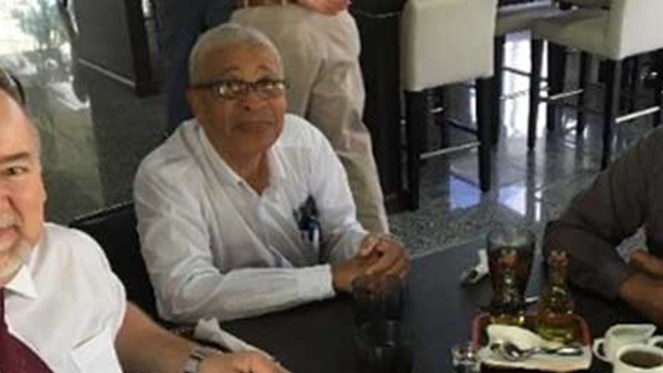 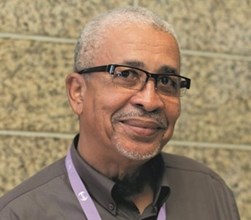 While October sees the UK and Ireland mark Black History Month, Curt Cadet GRAD IOSH celebrates the life of Anthony (Tony) Basil Rocheford CFIOSH (1948-2021), an IOSH black hero who did so much to establish the Institution and health and safety in the Caribbean, before his untimely death in February this year.

I first met Tony in 2003 as one of my lecturers when I was studying for a health and safety diploma. It was the first time the diploma was being offered in the Caribbean and Tony was among a group of excellent tutors, which included Lawrence Bamber, Harold Oxley, Winston Hendrickson and Junior Maynard. Tony was a lecturer, mentor and friend to us all and was the person who introduced us to the idea of IOSH membership. At that time, the Caribbean Branch had not yet been established; however, Tony was keen on the idea. Not long after, in 2005 and after much advocacy by Tony and other like-minded health and safety practitioners, the Caribbean Branch (CB) of IOSH was established.

Following the establishment of the CB I and some of my classmates joined IOSH and attended branch meetings, where we listened attentively to our seniors. As newbies we were inspired by Tony and others, as most of us were just starting on our journey to become health and safety practitioners. We were soon encouraged by Tony to get involved and be part of the growth of the Branch and the profession in the region.

While it may sound cliché, Tony was passionate about health and safety and about creating a culture of care for workers in his homeland of Barbados, his second home in Trinidad and Tobago and throughout the Caribbean region. Everywhere he went, he took along his health and safety hat, even at his church, as mentioned by the priest officiating at his funeral service.

I was fortunate to accompany Tony to my first IOSH Networks Conference as Vice Chair of the Branch, when Tony was Chair. At the Networks Conference, I recall Tony’s fervent advocacy in support of the international members and the Caribbean Branch in particular. Tony’s passion and interest in developing a health and safety culture in the Caribbean Region was very evident in his senior years and was only slowed by illness in his last couple of years. Tony accompanied me, as Chair of the Branch and Graham Parker (pictured top left), IOSH President at the time, on a working visit to Barbados where we met with government officials, business chambers, union representatives and other stakeholders. This visit provided a sound foundation for the expansion of the CB, but more importantly, it was about embedding the culture and importance of health and safety and the protection of workers. During those engagements, the reverence held for Tony by the stakeholders was apparent, from government officials to the ordinary man in the street we encountered.

Tony spearheaded a health and safety conference in 2004, in Barbados – this was a first for the (English speaking) Caribbean. He followed with another conference the year after in St. Kitts and in Trinidad and Tobago the following year - Tony wanted this to be an annual conference to influence the culture within the region. 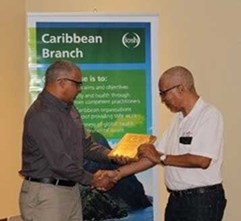 Fast forward to 2018, when the IOSH CB hosted its first ever health and safety conference and Tony was eager to be part of this. He was a member of the planning team, provided the team with guidance and insight and was keen to present at the conference. The CB was awarded the IOSH Excellence Award – Influence Strand at the 2019 Networks Conference; this was a first for the Branch and an achievement of which he was very proud.

Tony was well known in his homeland of Barbados and well respected by health and safety practitioners in the region. He was involved in his church, was a sports administrator and in his final years was appointed Chair of the National Advisory Committee on Occupational Safety and Health (NACOSH) in Barbados.

It is safe to say that without Tony’s involvement, guidance and mentoring, the Caribbean Branch would not have survived and progressed – he remained the only active founding member of the CB, right up to the onset of his illness and untimely passing. Tony was a health and safety professional, a mentor to many, a colleague and friend. We will miss having him around, hearing his strong Bajan accent and teasing him… we had many a good laugh together.

Acknowledgement: Thanks to Junior Maynard for his contribution and assistance in preparing this tribute and to Brenton Phillips IOSH Regional Manager for his support and facilitation.