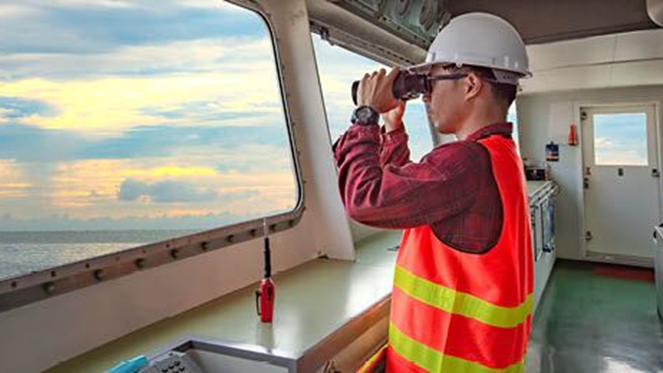 Long working hours, isolation and extended periods of time away from home could be putting workers at risk of developing mental health issues such as anxiety and depression.

New research by Cardiff University, funded by IOSH, explored the extent of mental health risks among seafarers, what the causes are and what can be done to improve mental wellbeing. According to the World Health Organization, seafarers are among the workers most at-risk of suicide, with many experiencing mental health issues due to their working conditions.

Seafarers, like many professions, spend long periods away from family and friends. They often work without close contact with colleagues or supervisors and are vulnerable to being overworked. Many workers, such as those deployed in conflict areas, military personnel and construction workers, also experience similar working conditions and raise the same concerns about their workplace environments. These different contexts share something in common, they struggle to reduce work conditions that predispose to poor mental health and wellbeing.

A lack of access to amenities such as internet access, as well as poor accommodation and low-quality food were among the leading causes for concern among the 1,500 workers surveyed in the study. These are common areas of concern for lone workers, many of whom feel disconnected from the outside world.

Lone workers are those who carry out their work duties in isolation from other workers without close or direct supervision. Their physical and mental health and wellbeing is potentially vulnerable as they lack support and access to resources and counselling and work away from their loved ones.

Illustrating this, one worker in the study said: “I believe internet goes a long way in keeping you sane… [without it] you are totally excluded from the rest of the world.”

Another said: “Three months on land is nothing. You can’t see your kids grow up, you can’t see anything. You are just like an uncle coming and going.”

Worryingly, more than half (55%) of employers surveyed in the research stated they had not introduced any policies or practices to address mental health for a decade.There’s still a need for businesses to understand that safeguarding the mental health and wellbeing of workers irrespectively of their sector is a key component of workplace health and safety regulations.

Duncan Spencer, Head of Advice and Practice at IOSH, said: “Lone workers, such as those working at sea, often work without close supervision or interaction with other employees or family members. They face a unique set of challenges and are particularly vulnerable when it comes to their mental health. They can slip through the net and do not always receive the same support employees do when working in a team.

“Organisations employing lone workers or small crews operating in remote areas need to shift their approach to follow similar standards that are being implemented in other industries. Poor leadership and culture in the organisation, excessive pressure, bullying and harassment are factors that clearly have the potential to negatively impact on workers’ mental health and wellbeing. It is crucial that these are seriously considered and given a proportionate approach.”

The research report can be viewed at www.iosh.com/seafarerswellbeing