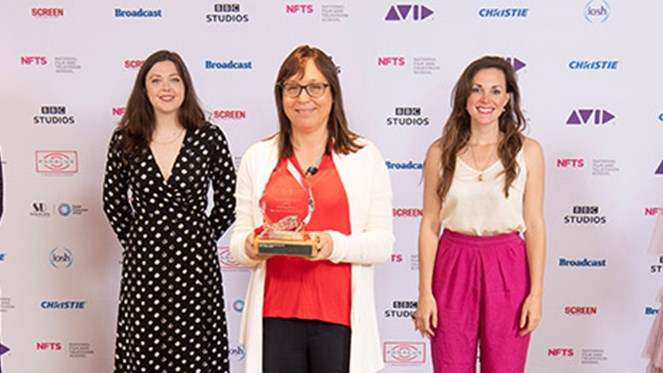 Judging the health and safety award for the National Film and Television School’s (NFTS) annual Graduation Showcase proved both “more challenging and enjoyable because of Covid-19”.

The Institution of Occupational Safety and Health’s (IOSH) Thames Valley Branch once again got together – this year via Zoom – to choose the film that showcased the highest standards of health and safety management during production.

“We chose Britain’s Lost Walks because of the way in which its team very ably and confidently showed an appreciation of the value of ranking health and safety risks, and the importance of teamwork and effective communications in managing them.

“Tease was selected because it was designed so that it could be made during lockdown – solely by the director in her own bedroom. Plus, it realised and articulated very effectively the psychological and physical risks the subject matter posed to her – namely, performing behind the pay wall in the sex industry.”

Jessica Brady, Tease’s Director, said the team was “extremely proud” to have been recognised for their efforts, with health and safety a particularly challenging element of production.

“This film is about the dangers and emotional strains involved in online sex work,” she said. “This was an unusual combination of circumstances, and so a rigorous risk assessment and lengthy protocol document was required.

“The biggest challenge was ensuring a balance between risk and mitigation, and the inclusion of genuine risk as part of its story.”

Melissa said the safety of the crew was of paramount importance while filming their pilot, which sees an artist and explorer discover lost footpaths and has been picked by Chalkboard TV.

“On location, we had daily safety briefings and discussed as a team how we could improve our safety. These discussions also enhanced our efficiency during filming.”

“Covid-19 created so many uncertainties, which had a knock-on effect on our programme’s features, schedule, budget, crew, etc. We needed to constantly modify plans to lead the way with these new protocols,” said Holly and Niamh.

“We felt we went to great lengths to keep our crew safe, happy and healthy and so to have our efforts acknowledged by IOSH was a fantastic feeling.”

The winners received their Health and Safety Management in Film Production awards at the Graduation Showcase, supported by BBC Studios. In line with the easing of restrictions, the NFTS hosted an in-person, Covid-secure event for its students, providing an opportunity to showcase their work to industry representatives.

Chris added: “Once again, it is an honour and a privilege for the branch to be given the opportunity to work with and influence NFTS students at such an early and influential stage in their career, given that many of them will go on to become leading filmmakers.”

Annalise Davis, Head of Production at NFTS, thanked IOSH for its continued support.

She added: “The students created a stunning slate of graduation films, while dealing with the additional challenge of making their films during a global pandemic. They are all to be commended for creating such impressive work under difficult circumstances.”