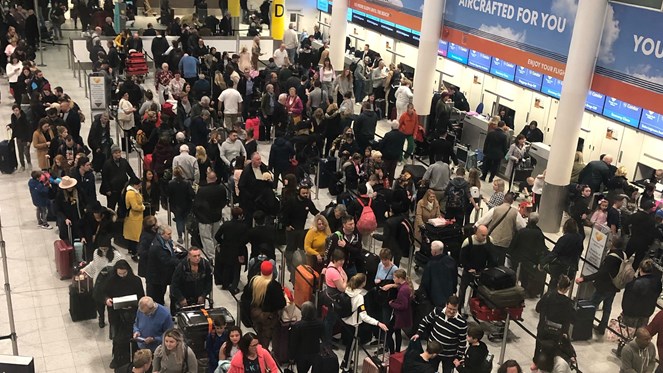 IOSH has condemned the actions of those in control of drones sighted near Gatwick Airport.

Flights were unable to take off from the UK airport and expected arrivals were diverted after the airport’s runway was closed on the evening of Wednesday 19 December.

It remained closed on the morning of Thursday 20 December, with thousands of passengers affected by the disruption.

Duncan Spencer, Head of Advice and Practice at IOSH, said: “

“We condemn such irresponsible use of drones. The actions of those in control of the drones have placed airline personnel and passengers at significant risk of harm. This is unacceptable.

“When used properly, drones are a valuable technology. They can actually contribute to reducing and eradicating workplace hazards.

“For example, we can inspect electricity pylons, removing the requirement for working at height near high-voltage power lines.

“Instances like this, however, endanger staff and members of the public at a particularly busy time of year.”