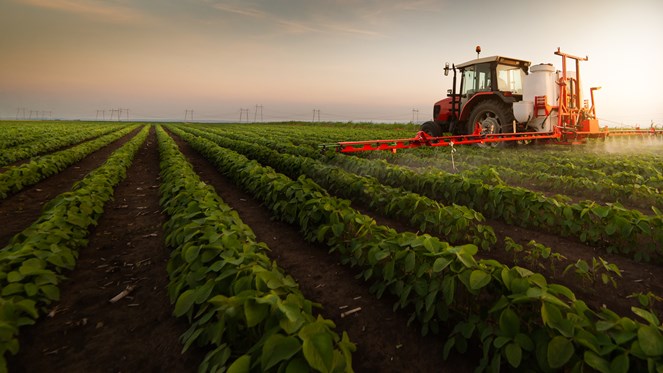 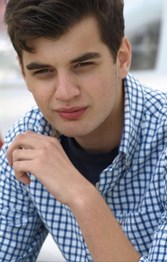 Jane Gurney lost her son, Harry (pictured left), when he was working as a seasonal farm worker, transporting grain by tractor for the 2014 Harvest. At the court case following the tractor crash caused by the trailer, the trailer’s brakes were judged to be ineffective. The company involved was found guilty of having a poorly maintained trailer.

Jane was contacted by IOSH about doing a webinar after four Ministers for Agriculture from the Republic of Ireland and Northern Ireland came together, in June, to appeal to all farmers and all those involved in agriculture to play their part and reduce the ongoing high rate of fatal farm accidents.

In a joint statement, the Ministers referred to a “very concerning” surge in the number of fatal farm incidents, adding that “the majority of these accidents have occurred during the Covid-19 restrictions and in particular it is sad to see the number of children and older people that have died on our farms in recent weeks.”

While current farm fatality figures for Scotland (dropping from 13 to 2 during 2019/20) and England & Wales (19 deaths recorded in 2019/20 – giving the lowest Great Britain figure for five years) are looking more positive, these deaths are not only too many but also all  preventable, showing more work still needs to be done.

In Great Britain, agriculture has the worst rate of worker fatal injury, per 100,000, of the main industrial sectors, with overturning vehicles or being struck by vehicles being the chief cause.

In the two years following the court case, Jane Gurney (pictured right), who farms on the Bedfordshire/Cambridgeshire border, has been the driving force behind a vital trailer safety campaign that was won widespread support from farmers, tractor manufacturers, health and safety experts and the police.

Her ‘Tilly Your Trailer’ campaign (named after Harry’s Beagle dog, Tilly) established an 18-point inspection procedure, certificate and ‘Head to Tow’ App to ensure trailers are properly maintained and serviced.

Jane, who does a lot of work with the Farm Safety Partnership (which has pledged to reduce the number of farming fatalities by at least 50% by the summer of 2023), sees the IOSH webinar as another key opportunity to raise the profile of farm safety in general and, in particular, to empower the next generation of farm workers to keep themselves safe.

“My campaign is all about helping and encouraging those working in agriculture to face up to their responsibilities on transport and farm safety and make sure that the vehicles and equipment they use are checked continuously, not just once a year,” she says.

“We have to do everything we can to help all those working on farms to keep themselves - and others – safe.”

Emma Gilmore, Chair of the Northern Ireland Branch of IOSH, said: “We work closely with the Farm Safety Partnership here in Northern Ireland. We aim to collaborate and promote farm safety at every opportunity. We recognise that 75% of farms here are classed by the HSEni as ‘very small’ and therefore difficult to reach and promote the safety and health message.

“We hope this webinar collaboration will help in this. When the opportunity arose for us to join up with the IOSH Scotland Branch, IOSH Ireland Rural Industries Sector, and the IOSH Rural Industries Group, we were delighted to have the chance. We could also see that listening to a heartfelt and tragic story, such as Jane Gurney’s, can really bring home a message to our audience.”

John Kennedy, Chair of the IOSH Ireland Rural Industries Sector, said: “We’re pleased to be associated with this webinar on farm safety. We hope the webinar will raise awareness of the essential safety requirements when working with and maintaining farm vehicles and machinery so as to avoid the terrible tragedies that, sadly, continue to occur.

Stan Brown, IOSH Scotland Chair, said: “We have a number of members in Scotland who work in Agriculture. They are very active and liaise regularly with their counterparts in other parts of the UK. Farmers are now in one of their busiest times of the year with the harvesting of crops, so this webinar comes at an opportune time to highlight and emphasise the importance of health, safety and wellbeing.”

Anyone wishing to attend the FREE webinar should first register here.