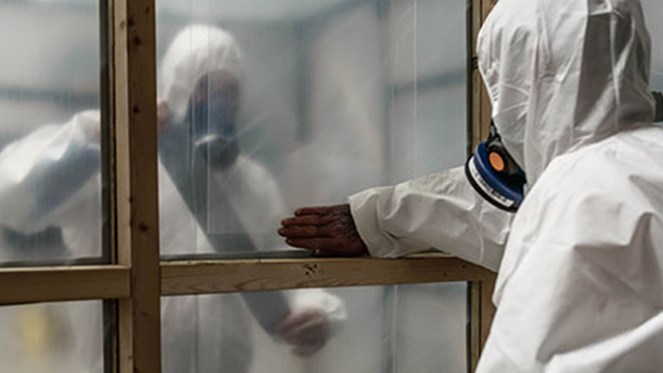 The Institution of Occupational Safety and Health (IOSH) today calls on businesses to do more to prevent workers from exposure to asbestos as more accurate estimates indicate work-related exposure to this deadly material kills more than 230,000 a year globally.

This updated figure, first published in the International Journal of Environmental Research and Public Health in 2018, dwarfs previous estimates of over 107,000 and once again shines a spotlight on the dangers faced by anyone who comes into contact with asbestos.

Ahead of Global Asbestos Awareness Week (1-7 April), IOSH warns that asbestos is still widely used despite it being banned in 55 countries. The same journal claims the latest data show more than two million tons is consumed annually.

With 125 million people exposed to asbestos at work every year, deadly respiratory health impacts are predicted for generations to come, especially in developing countries. In partnering with the Asbestos Disease Awareness Organization (ADAO), IOSH hopes more people will take precautions to prevent future harm to themselves and others.

Asbestos fibres are invisible to the naked eye. When breathed in, they can stick into the lining of the lungs, causing serious illnesses over time, including fatal cancers like mesothelioma.

IOSH remains concerned that many UK tradespeople who may come across asbestos in their daily work know little or nothing about how to protect themselves. The IOSH No Time to Lose campaign provides free resources at www.notimetolose.org.uk showing what steps to take to prevent exposure to work-related carcinogens.

Bev Messinger, IOSH’s Chief Executive, said: “All these figures are very alarming and demonstrate why we must continue to take the issue of asbestos very seriously. That is 230,000 people who have lost their lives and 230,000 families that are suffering the loss of a loved one through an illness that could have been prevented.

“The key is that all these deaths could be prevented. While it’s banned in many countries, asbestos is not something which belongs in the past; it is all around us today, in offices, in schools, in hospitals and in our homes.

“Businesses must do all they can to protect workers, putting in place measures which prevent exposure and prevent people from suffering in years to come.”

Linda Reinstein, co-founder of ADAO, said: “ADAO supports the great efforts of IOSH’s No Time to Lose campaign to prevent occupational cancer.
“As a mesothelioma widow, asbestos-caused deaths are beyond painful for the patient and leave a shattered family behind. It’s inexcusable for anyone to be exposed to this known carcinogen in the 21st century. Prevention remains the only cure.

“By working together, we can raise awareness and save lives from asbestos-related diseases.”

The UK is among the countries which have banned asbestos, changing the law in 1999. However, estimates indicate at least half a million buildings here constructed before this time still contain it in materials including roofing, spray coatings, lagging, insulating boards, ropes, yarns and cloth. If disturbed and breathed in, microscopic fibres can sew seeds of disease.

According to the Health and Safety Executive, at least 5,000 people still die every year in Britain from an asbestos-related cancer caused by exposure at work – and this is showing little sign of tailing off.

This week marks the third anniversary of the launch of the asbestos phase of IOSH’s No Time to Lose campaign, which raises awareness of occupational cancer and provides free resources on how to manage exposure to lethal carcinogens such as asbestos.

Launching this phase, in April 2018, IOSH revealed the findings of a survey of tradespeople, with a third of respondents saying they never checked the asbestos register before starting work on a new site – and half of those not even knowing there is an asbestos register. Almost one in five said if they discovered asbestos, they wouldn’t be clear about how to act.

As well as providing free resources on managing asbestos risks, IOSH has collaborated with trade organisations to raise awareness, with activities including visiting training colleges for tradespeople.

A fall from height led to a diagnosis of asbestos-related cancer for roofer Liam Bradley.

As they performed a surgical procedure to treat a collapsed lung, medics found traces of mesothelioma – despite Liam not having shown any symptoms.

The dad-of-two still doesn’t show symptoms of the deadly cancer, but he is urging employers across sectors to ensure they manage the risks of asbestos exposure, including using free resources provided by IOSH as part of its No Time to Lose occupational cancer campaign.

He said: “I have been told that I can be optimistic, that I can watch my children grow up. That means a lot to me.

“I know no one can promise me anything but I’m not dying next week or even next year, so the prognosis is good at the moment given I have mesothelioma.

“I’m still feeling well mentally and physically. I can still play with my children and play football with friends.”

Liam had worked as a roofer since he was 17, moving up to a foreman role. It was in 2015 when he fell 30ft from a three-storey building, suffering a number of broken bones as well as a collapsed lung.

He said it is still unclear exactly where he was exposed to asbestos, adding it could have been on one of many sites.

He added: “On the refurbishments I worked on, there was nothing about asbestos, even though it was most likely present on some sites. It’s still the case these days, to my knowledge, people aren’t being given information.

“More needs to be done, especially for the younger generation, for them to take asbestos seriously.