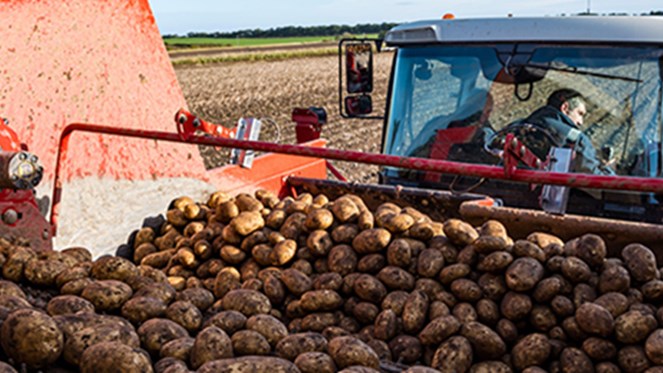 This week is Farm Safety Week (19-23 July). Latest figures show 34 people died working in Great Britain’s Agriculture, forestry and fishing sector in 2020/21. Ranked one of the three most hazardous industries in the global economy, agriculture is said to account for 330,000 of the world’s fatal workplace accidents each year. There’s clearly still a lot of OSH work to be done on farms.

Around 1% of Britain’s workforce is employed in agriculture, forestry and fishing yet this sector is the cause of 20% of workplace deaths. Furthermore, each year around 12,000 of its workers (3.9%) sustain non-fatal injuries at work. While there’s been a downward trend since 2001/02, this still represents a doubling of the all-industries rate. The economic cost of workplace injury and new cases of ill-health in this sector is estimated at between £108m and £274m a year.

These are just the official HSE figures, with under-reporting of accidents thought to be widespread. The picture on mental health is equally concerning, with 133 suicides registered in Great Britain in 2019 involving those working in farming and agriculture-related trades – 88% of farmers under the age of 40 rate poor mental health as the biggest hidden problem facing farmers today.

A recent feature in Farmers Guardian focused on the rise in transport-related incidents in farming, especially involving all-terrain vehicles (ATVs), particularly quad bikes. Tina Morgan, Chair of the IOSH Rural Industries Group, acknowledged the combination of bigger, more powerful equipment being driven by an increasingly ageing agricultural workforce (statistics show that workers over 55 are more likely to have an accident, while those over the age of 65 are six times more likely to suffer a fatal injury than the 16-24 age group).

However, Tina made the point that it’s not the ATVs and quad bikes themselves that are dangerous but the way they are operated: “Quad bikes are often purchased when they’re not the best vehicle for the job; consideration often isn’t given to the terrain, what the quad will be used for or who will be required to use it,” she commented.

“Then there’s the issue of safety while riding the quad – many farmers fail to attend training” (Tina quoted a recent study undertaken into ATV use by Dr Amy Irwin and Jana Mihulkova at the University of Aberdeen – it identified that more than 62% of those questioned had not received any specific ATV training, while more than a third did not own an ATV helmet).

It all builds a worrying picture but initiatives like Farm Safety Week, from the Farm Safety Foundation, are working hard to raise awareness of the issues. Tina Morgan was one of the panellists on the Farm Safety webinar presented by a partnership of IOSH Groups and Branches, last September, while the Vice-Chair of our Rural Industries Group, farm safety consultant Elizabeth Creed, has launched a weekly Twitter forum - #FarmSafetyHour - to engage more farming people in health and safety issues. The forum has achieved a global audience since starting in April, with its 1.8 million followers reaching into Australasia and West Africa.

These are just a few of the many ways in which our members are working to help drive up standards on farm safety. Be sure to keep an eye on the IOSH social media channels for further content as we move through Farm Safety Week, this week.