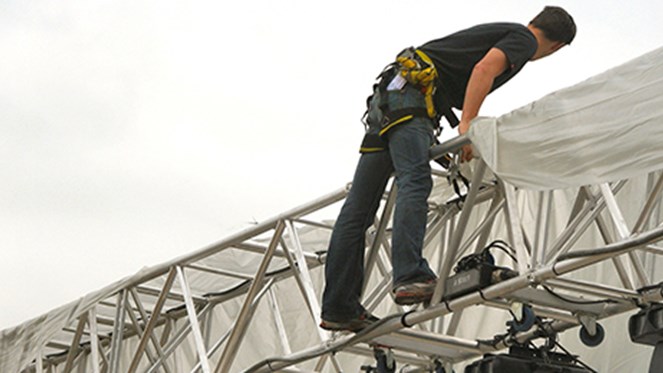 At some point soon the lockdown will end and the decision on whether or not to run an event and how to run it should return to event companies and event directors. On what legal basis should these risk based decisions be made? For now, the UK government, like many governments, has decided for us that events are too risky and shut down the events industry thus removing the responsibility for decision making from event companies and their directors. COVID-19 is not going to be like other natural disasters such as extreme weather, however, where there is a definite end point to the crisis. There are likely to be sporadic minor outbreaks occurring. In fact any outbreak of flu like illness, however ultimately benign, is almost certainly going to spark alarm in the public consciousness especially in an event context. What therefore will be our legal obligations if and when the so called Covid laws1 are lifted?

There is a reasonable argument that the Covid laws are already redundant because the provisions of the Health and Safety at Work Act (HASAWA) and related laws have sufficient bite to prevent events if the authorities are minded to do so. In any case no event director in their right mind, in the UK at least, would consider that now would be a good time to run a crowded event. The question that faces the events industry is, when rule by government diktat ends, how do we return to measured risk assessed decisions by event directors? In the UK we have the concept of ‘reasonable practicability’ as the underpinning of a risk assessment. This is enshrined in UK law and has been since 19492 when it became applicable in Common Law to civil claims for compensation. In 1974 it became part of Criminal Law with HASAWA. It is worth, briefly, reminding ourselves of what the law actually says: ‘It shall be the duty of every employer to ensure, so far as is reasonably practicable, the health, safety at work of all of his employees’. The Act applies the same wording to ‘non-employees’ i.e. in event terms, contactors, exhibitors, visitors etc. The concept of reasonable practicability therefore is key. Judging what is reasonably practicable is the art of balancing risk against cost. In other words it allows the cost of relevant controls to be set against the scale of risk. In this case ‘cost’ can include not running an otherwise commercially viable event. The way we set out our thought process in this regard is a risk assessment which, in the UK, Europe and many other countries, is a specific legal requirement3. Whether they know it or not event directors (those with commercial and operational responsibilities) sign off on these decisions for all events because it is event directors that manage the budget. Whilst this places liability for risk management firmly with directors it is also a very important protection in law. If things go wrong and there is an accident or loss, provided no specific laws have been broken (e.g. by not doing a risk assessment) all those responsible need to do is to show that the arrangements were ‘reasonably practicable’ for there to be a credible defence in law.

It helps if there is guidance to establish best practice. In terms of COVID-19 we have guidance like The All Secure Standard where the events industry has come together to set out reasonably practicable solutions. The problem as it stands now, is that it is very unlikely that events are going to be allowed to return in the UK until the pandemic has been defeated to the point that the All Secure Standard becomes practically redundant. Ultimately event directors are going to have to return to deciding that an event is viable and that they have controlled the risk so far as is reasonably practicable as demonstrated by a risk assessment.

For those with global portfolios it is worth considering how the law is different in each country. In Europe there is no concept of ‘reasonably practicable’4. Rules are rules. There is no point in arguing with the Halle Meister whether an exhibition stand of a certain size with a solid roof really needs its own sprinkler system since the law says it does so that is that. In events this tends to lead to a patchy approach to safety with rigorous application on certain topics and a blind eye turned to poor practices in other areas until things go wrong. The US places less reliance on criminal law to enforce safety and has a much more litigative approach in civil law which results in the approach which can be summed up as – ‘it’s your call but you are likely to get sued if things go wrong’. Some regimes take a far more authoritarian approach where the rules are clearly set out and rigorously enforced. Companies should always ensure that they understand the regulatory regime in which they operate and should now be prepared to recalibrate their understanding where events are already now running or as each country unlocks and the pandemic recedes.

Health and safety law might be seen as an operational nuisance but it is actually far more difficult to operate where there is none. Perhaps the most challenging countries will be those that have never had an established workplace health and safety culture as is common in South Asia and many African countries. It will be much harder to establish post pandemic Covid controls where there is no culture of complying with and enforcing these kinds of rules so it will be much harder to assess whether it will be safe to run events. In places like these, organisers are going to have to rely far more on their ability to communicate the need for compliance.

The Health and Safety at Work Act, which by any measure has been a massive success, is now nearly 50 years old but its principles remain sound. At the heart of the Act is the idea that risk should be managed by those that create it. In a relatively short period we have become far too accustomed to the government telling us what to do and by implication managing the risk for us. The pandemic has given rise to a vocal commentariat who believe that things should remain that way. In the UK we now need to look beyond the battle to lift restrictions and push for a return to the first principles of health and safety management which have served us so well for half a century. In the global markets we need to monitor any shift in the legal construct so that we are clear on where responsibility lies and how it compares to our UK risk assessed approach.