The Water and Sewerage Authority (WASA) hosted members of the IOSH Caribbean Branch (CB) for a site visit at their Malabar Wastewater Treatment Plant on Saturday 21st September 2019. The visit was made possible by Ms. Sheena Briggs-Edwards, Executive Member of the CB and Health and Safety Officer at WASA.

WASA Project Engineer, Josh Coutou, led the tour of the facility. Reuel Greene and Seema Persad Singh of AECOM, Engineering Consultants for the development of the plant, also accompanied the CB team on the visit.

The incoming waste water is first ground to ensure a uniform particle size. Waste water is then screened to remove larger particles before passing through a grit vortex. The separated items are dried and disposed. Next, the waste water flows into a bio reactor with three anoxic zones (limited oxygen) to encourage the growth of bacteria to remove excess nitrogen before moving to seven aerated zones (oxygen rich). 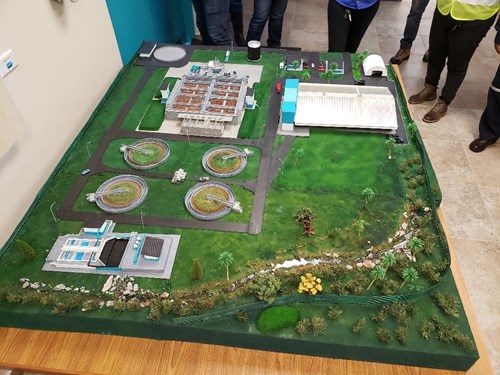 The waste water then flows into four settling ponds where the sludge is allowed to sink and the clear waste water flows over the sides. The clear waste water is then treated by ultraviolet light and discharged. The sludge is passed through a press that removes most of the water to produce a sludge cake. The water removed is sent back to bio reactors for treatment. The sludge is dried in a building with a translucent roof. This sludge treatment facility is the first of its kind in the English speaking Caribbean.

The facility can be operated by a minimal number of operators with most functions being controlled via SCADA (Supervisory Control and Data Acquisition) systems and a centralised control room. This system is also integrated with safety systems such as fire alarms and eyewash and emergency shower stations. 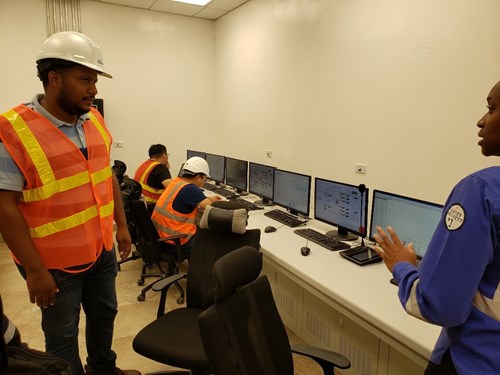 There are several areas within the plant that are deemed confined spaces. These areas are equipped with rescue winches and fixed gas monitors. All of these areas are serviced by ventilation systems to ensure a safe breathable environment.

At the end of the tour, Alina Dhanoolal, Executive Committee Member thanked WASA and the rest of the team for facilitating the visit. 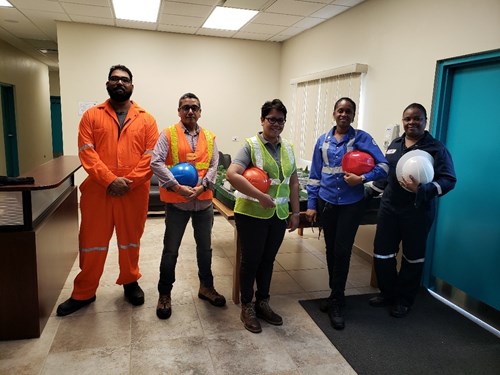